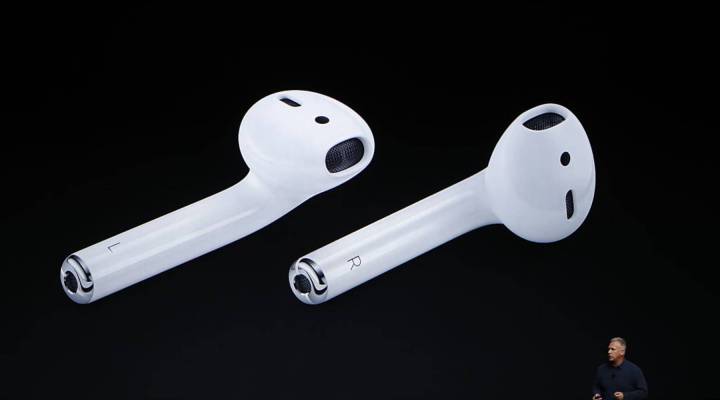 Rumors that Apple’s new iPhones would no longer have a headphone jack turned out to be true, said Joanna Stern, a personal technology columnist for the Wall Street Journal. Stern was at the Apple event in San Francisco today, where the company said iPhones will now come with a dongle that plugs into the lightning jack and connects to traditional headphones.

“I don’t think it’s a coincidence that Apple is now marketing its new airPods … they have no wires,” Stern said.

Stern isn’t convinced that customers will like using airPods in the future.

“There’s a lot of situations where this is actually going to be a really big inconvenience” said Stern, as the technology for the new corded headphones and the new airPods won’t work seamlessly on airplanes, for example. And the new corded headphones are supposed to fit into the same port as the phone’s charger, which means users won’t be able to listen to something on their headset and charge the phone at the same time.

I didn’t even get the AirPods yet, but I already lost them. pic.twitter.com/nXe4Ng3knW

It’s a dongle! (It will be included in the box.) pic.twitter.com/2sSi6ciaS5