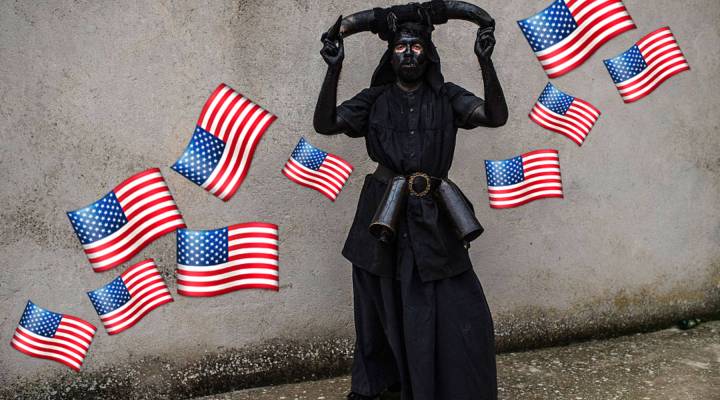 Satan won’t run for president on the FEC’s watch

The Federal Elections Commission is cracking down on the filings of hoax candidates. This includes the scrutiny of paperwork for candidates like Satan. David Ramos/Getty Images and Tony Wagner/Marketplace
Final Note

Satan won’t run for president on the FEC’s watch

The Federal Elections Commission is cracking down on the filings of hoax candidates. This includes the scrutiny of paperwork for candidates like Satan. David Ramos/Getty Images and Tony Wagner/Marketplace

As if you needed more evidence pointing to the bananas state of American politics, circa 2016.

The Federal Election Commission has about had it with the, uh, creative ways people have filed to run for president this year.

Filing is not hard to do and this year anything goes, apparently.

The Atlantic reported there are papers on file for Darth Vader, Jean-Luc Picard, Captain Crunch, Queen Elsa and Francis Underwood.

Here’s an example of the letters the FEC is sending out, this one to “H. Majesty Satan Lord of Underworld Prince of Darkness!”

It has come to the attention of the Federal Election Commission that you may have failed to include an accurate candidate name. The Commission requires the filing to be true, correct and complete… knowingly and willfully making any materially false, fictitious, or fraudulent statement or representation to a federal government agency, including the Federal Election Commission, is punishable.

The candidates have a month to prove they’re real. Satan filed as a Republican, and so did God.