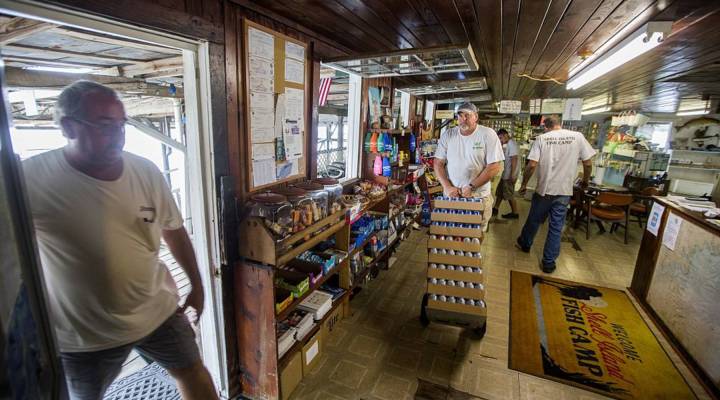 Hurricane Hermine will likely become the first hurricane to make landfall in Florida in more than a decade when it hits the state tonight.

Much of Florida is in a state of emergency, and Governor Rick Scott has called the storm “life threatening.” Aside from the potential for destruction, these types of storms tend to reshape the economy in the short-term.

“Regardless of where the storm goes, people are out and they’re making decisions about how they’re going to spend their time, where they’re going to spend their time and what they’re purchasing right now. It hasn’t even made landfall yet and I’d argue there’s been pretty significant economic impacts already,” said Evan Gold, executive vice president for global services at Planalytics, an analysis firm focused on how weather affects business.

There’s a reliable flurry of activity as people stock up on supplies, Gold said, and that period has winners and losers. Grocery stores, convenience stores and home centers see a bump but they have to make “tactical decisions” about how to keep popular items in stock, Gold said.

It’s important to figure out how to put inventory like water, ice, generators and canned goods near the affected area while keeping staff safe. Stores were already running low on flashlights and bottled water Thursday, the Associated Press reported.

Meanwhile, restaurants tend to take a bit of a fiscal hit during storms — though delivery is the one big exception, Gold said. The decline in dinners hurts restaurants because unlike retail stores, eateries can’t always make up the business later.

In terms of tourism, the storm will cancel beach trips and hurt businesses catering to local tourists, while inland entertainment might get a little bump. Any impact on out-of-state tourism will be muted and delayed, since most trips are planned far in advance. When there’s a bad hurricane season, Gold says there’s a “hangover” the next year, making people are more hesitant to travel. People also buy more travel insurance during hurricane season.

After the storm, lingering economic effects vary according to damage. Overall, Gold says it’ll be a net negative, but economic impacts will more or less even out.

“We don’t want to discount the damage that’s going to happen, but I think from a more macro perspective in terms of tourism and stuff, I don’t think it’s going to have much longterm impact,” Gold said.