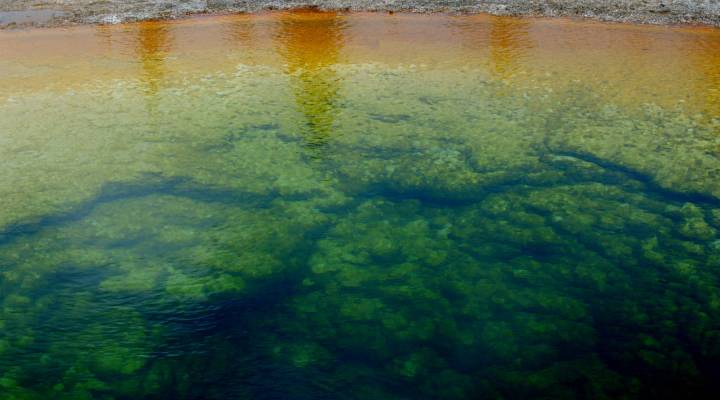 The National Park Service is celebrating its centennial this week. On August 26, 1916, President Woodrow Wilson signed the act putting 35 parks and monuments nationwide —including Yellowstone and Yosemite — under the new federal agency.

Today, that portfolio includes 409 parks and monuments, plus 23 national scenic and historic trails, and 60 wild and scenic rivers. The Park Service has 84 million acres of federal land to take care of, along with historic buildings, archaeological sites, and endangered species that range in and out of park boundaries.

According to park supporters and federal bureaucrats responsible for the parks, there isn’t nearly enough money allocated each year by Congress to accomplish the Park Service’s mission and protect the lands and structures entrusted to it.

“It’s not getting near the money — maybe only 60 cents on the dollar — of what the parks actually need to maintain the bathrooms, the lodges, the roads, the rangers to help guide people,” Smith said.

Congress authorized $2.8 billion for fiscal year 2016 to fund the National Park system. But according to the Park Service, it faces a maintenance backlog of $12 billion. Half of that is to repair and upgrade park roads — for instance, in heavily visited Yosemite and Yellowstone — to deal with increased traffic, and to repair structures (some of them historic).

Smith also points to basic infrastructure — like freshwater and wastewater systems, culverts and dams — that are in need of repair or overhaul.

Smith said it’s been 50 years since the last major building and investment campaign funded by Congress —dubbed “Mission ’66,” for the half-century anniversary of the National Park Service. That expansion also coincided with a major change in Americans’ travel habits, as more families had the ability to take vacations, and road tripping to faraway national parks via the new interstate highway system became more popular.

Smith said many of those facilities — state-of-the-art and spanking new in the 1960s — are now long in the tooth, and haven’t been properly maintained.

“We’ve had flat funding for the past few decades,” Smith said. “As visitors go up, costs go up, and the system expands.” Plus, every year, more federal lands and parks are put under National Park Service jurisdiction.

One option for increasing funding — supported by free-market advocates, a version of which appears in a policy change recently proposed by the National Park Service — is to let corporations and private donors have a bigger role in funding facility upgrades, in exchange for expanding naming and promotion rights inside the parks for sponsors and vendors.

“This policy would really open the door for more commercialism,” Strader said. “The answer is to push harder for Congress to fund our public lands, not to give them to corporations.”