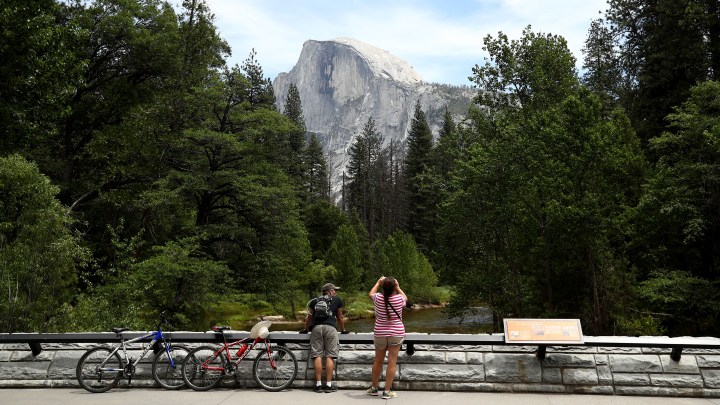 With the price of airfare up and new uncertainty over mask requirements on planes, a road trip to a national park might be looking like a good summer vacation option for many Americans. But visitors to some of those parks might find they need to make a reservation.

The country’s most popular national parks saw record numbers of visitors in 2021, which sometimes meant long lines of cars at the gates and crowded trails.

“Not what folks are expecting when they want to come to a national park expecting kind of those wide views and maybe solitude,” said Cassidy Jones with the National Parks Conservation Association.

The timed-entry reservation systems parks have been using to manage that overcrowding aren’t going anywhere, she said. “This is really kind of a new era.”

The best way to avoid crowds is to opt for some of the parks system’s unsung gems, according to Robert Manning, a professor emeritus at the University of Vermont’s Park Studies Laboratory.

His favorites? “I’m not sure I should spill the beans on that, but of course I do. Petrified Forest National Park in Arizona — it’s a wonderfully diverse park,” he said.

Plus, it’s not nearly as crowded as the Grand Canyon, which is just a few hours away.