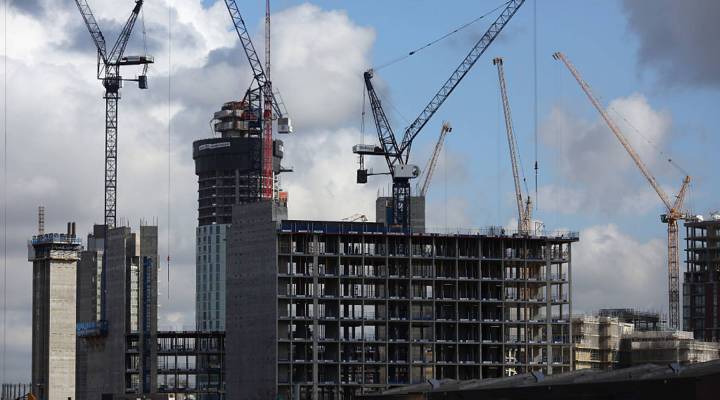 Bloomberg reporter Patrick Clark said in a recent article that despite high demand, developers aren’t racing to build affordable housing because it’s very difficult to make money on these projects. Clark explores potential solutions to the housing shortage, but also asks what it might mean for cities and working-class folks if there isn’t enough affordable housing to go around.

On why, with so much demand, developers aren’t building:

If they could make money on it, they would be racing to build the housing. The challenge is if you take someone that makes $17,000 a year and you want to keep rent affordable for them, then you are looking at collecting something like $500 to $600 a month in rent for each apartment. If you figure on that and then look at how much money can borrow against that kind of rent flow, you wind up with a really big gap between how much money you have to build new apartments and how much it actually costs to build them in the real world.

Yeah, so one is: How much does it cost to buy land? The closer you are to the center of a city or to good transportation, to those avenues to economic opportunity, the more expensive land is going to be. What’s probably the biggest cost input if you are building 50 or 100 apartments or more is gonna be construction costs. There’s really only so much that you can save there without kind of refiguring your standard for what a livable apartment is.

On the future of affordable housing:

The most positive takeaway that I have is that people are thinking about this and talking about it. And again, I think part of it has to do with the fact that housing affordability is touching the lives of more people. People are looking for new solutions and experimenting and hopefully coming to grips with the need for more housing and more ideas about how to build it.