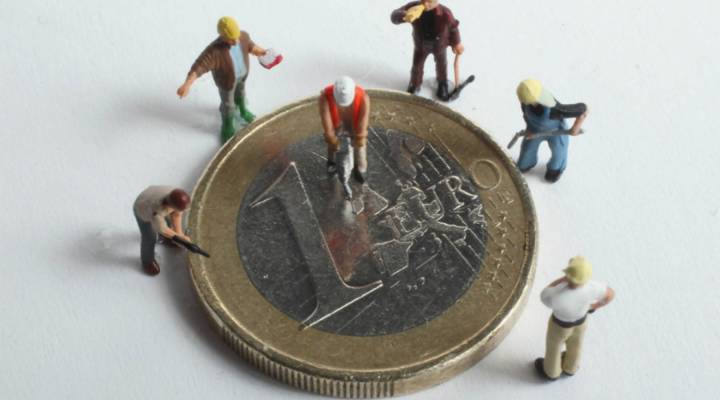 This summer has brought new existential challenges to the eurozone — the U.K.’s vote to leave the union; concern over the strength of Italy’s banks; and persistent unemployment in Greece, Spain, Portugal and elsewhere.

Columbia University economics professor and Nobel laureate Joseph Stiglitz is deeply worried about Europe. He argues the bloc’s single currency, the euro, may have to go if some big changes aren’t made.

Stiglitz joined Marketplace Morning Report host David Brancaccio to discuss his new book on the topic, “The Euro: How a Common Currency Threatens the Future of Europe,” as well as what this means for globalization and the U.S. economy.

On the trouble with Europe’s single currency:

The single mistake they made was the creation of the euro, the single currency, without creating at the same time the institutions, the frameworks, that would make it work. The United States has 50 states, quite different, and we manage with a single currency, but we have lots of institutions. For instance, we have a national banking system. The Federal Deposit Insurance Corporation, when a bank goes bankrupt, it’s not the state like Washington that had to bail out Washington Mutual. It was all of us — the nation as a whole… In Europe, the countries are expected to bail out their own banks. So there are lots of problems in the Greek banks, lots of problems with Spanish banks, and they each have to bail out their own banks. And there’s a vicious circle here: When the bank goes bankrupt, the government has to pay. That weakens the government. That means nobody has confidence in the government and the ability of the government to bail out the banks. That means money runs out of the country, weakening not only the banking system, but the country as a whole.

On what the U.S. can learn from Europe’s troubles:

What happened in Brexit was a large group of people said our economic system, globalization was not working for them. And the same thing is true in the United States. In fact, a number that I like to quote that sort of summarizes what’s happened is that the median income…of a full-time male worker in the United States is lower than it was 42 years ago. That means stagnation for this important group of our country, for a couple generations. There are many forces. Technology…also [plays] an important role. They can’t do anything about that. But they can do something, or at least they feel they can do something, about globalization.

It is not a question of building walls between the United States and Mexico or other countries; it’s trying to get the rules of the game right. The problem is not between us and other countries; the problem is within us. That the rules have been set largely by the United States and largely for our corporate interests, rather than the interest of our country as a whole. In some administrations, the head of the campaign becomes the U.S. trade representative, making it very clear the link between raising money and trade policy. Not that the particular individual did anything wrong, but the optics are very clear that our trade policy is shaped to a very large extent by corporate interests.

Click the above audio player to hear the full interview, including Stiglitz’s ideas for fixing the euro.