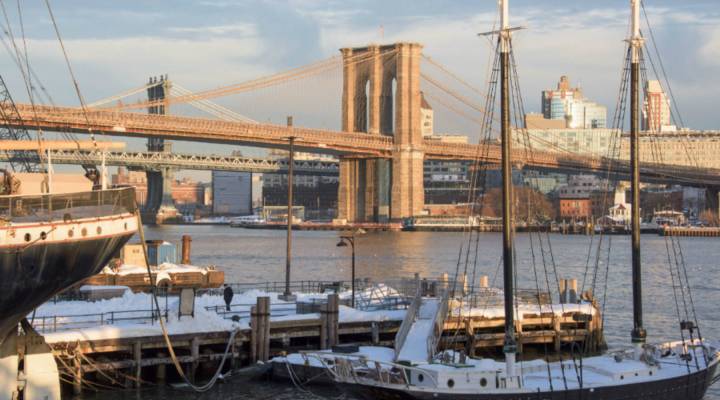 As part of his economic plan, Donald Trump said he would spend half a trillion dollars on infrastructure – double what Hillary Clinton wants to invest. Yes, on this issue the candidates agree, at least somehow.

By some estimates, more than $1 trillion needs to be invested in infrastructure projects like clean water, roads, bridges, schools, broadband and the power grid. Much of that falls on states and cities. But those governments are not borrowing — that is, issuing bonds — the way they did before the recession.

Investments are down by a third, according to a study by Standard & Poor’s. Many states are debt-shy because their credit is dodgy, even in this economic recovery.

“This has been a different kind of economic recovery,” said S&P analyst Gabriel Petek. “There was typically a strong rebound. And in this case it’s been pretty sluggish throughout.”

Many states are saddled with other costs — pension payments, Medicaid. In this environment of post-recession austerity, there are many examples of states wary of borrowing and spending.

This despite the fact that one dollar invested in infrastructure returns $3, according to the International Monetary Fund. And there are willing bond investors.

“Some investors don’t care about huge returns, they want steady returns,” said Harvard Business School professor Rosabeth Moss Kanter, author of “Move: Putting America’s Infrastructure Back in the Lead.” “There are pension funds. There are some sovereign wealth funds in other countries that want to invest in the U.S., because we’re seen as stable. And we are here to stay.”

There is a cost of inaction. According to the American Society of Civil Engineers, traffic jams due to inadequate roads cost Americans an estimated $100 billion a year. Power outages — $150 billion.