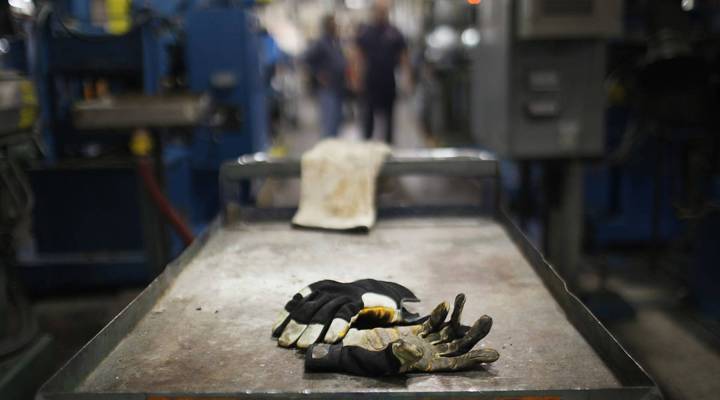 The government’s jobs report for July was better than many expected: the economy added 255,000 new jobs. The unemployment rate remained at 4.9 percent.

But buried in the report was another positive sign: wage growth. Seven years into this economic recovery, workers are not just getting jobs – they’re demanding raises and getting them. Wages rose 2.6 percent the past year. With inflation low, that’s a real paycheck bump.

As the economy nears full employment, bosses have no choice but to pay up.

“We do see a tight labor market,” said Bill Dunkelberg, chief economist at the National Federation of Independent Business, a small-business group. “And we see complaints about finding qualified labor at the highest level we have seen in this recovery period. You’ve got to pay more to attract the workers you want and to keep them.”

Stepping back, workers the past generation have become more productive. Their bosses got richer, but didn’t give much back, said University of Michigan economist Justin Wolfers. Now, that elusive income growth is starting to show up.

“We’re finally getting it,” Wolfers said. “And it’s occurring at a reasonable clip, although it hasn’t by any means made up for all the real wage gains people hadn’t been getting the past couple of decades.”

There are even positive signs for unskilled workers — the easiest to replace with machines or foreign labor.

And there’s a brightening picture for younger workers in the economy, who were hit hard during the recession.

“People in that age group were willing to take a job no matter what, so that led to a significant slowdown in their wages,” said Gad Levanon,  North American chief economist at the Conference Board, a business and research group. “But now it’s becoming a more normal labor market situation for them.”

Keep in mind, many workers are just entering a state of “normal.” For all the good news, wage growth has yet to catch up to pre-recession levels.