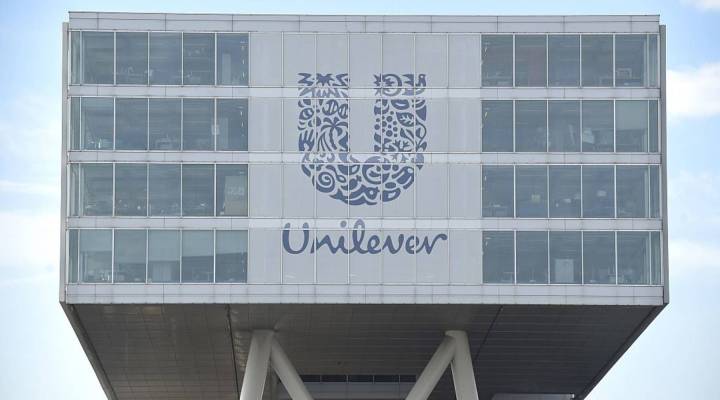 For a reported $1 billion, Unilever is acquiring the irreverent online merchant Dollar Shave Club, which has shaken up the men’s grooming industry. It began four years ago with a buck a blade and a video starring founder Michael Dubin.

Some 22 million views later, Dollar Shave Club has made shaving fun. No more trudging to a drugstore with a locked razor blade cabinet to pay five dollars a blade.

“Now, Dollar Shave said ‘It doesn’t have to be like that,” said Euromonitor analyst Matthew Barry. “You can have it shipped to you, you can pay a lot less. You know, it’s not so much that it was a just cheaper, it was so much easier.”

Dollar Shave’s key is the subscription: Every month, you can order razor blades, in addition to other items: shaving cream, hair product, and (no kidding) baby wipes for men. The online company promises as much bathroom humor as one can stand.

“Fortunately there’s a better way to wipe your messy bottom,” Dubin says in another ad. “They’re called One Wipe Charlies.”

“Whether it’s actual loyalty or behavioral loyalty, rather than going to the store and whoever’s on sale you end up picking up that product, by going directly to the consumer with a subscription model they’re locked in,” said Jonah Berger, marketing professor at the Penn Wharton School and author of “Contagious: Why Things Catch On.” “So their lifetime value is a lot higher.”

So Unilever bought Dollar Shave Club perhaps in large part to push into the e-commerce subscription space. Unilever makes Axe deodorant and a lot of grooming products it could ship alongside razors.

“The idea is that they use the know-how that the Dollar Shave Club has built up the last four years to really understand how the market works,” Bloomberg Intelligence analyst Deborah Aitken said. “And probably to replicate this model.”

For now, it’s just a promising model. For all the hype, Dollar Shave Club is still yet to turn a profit.