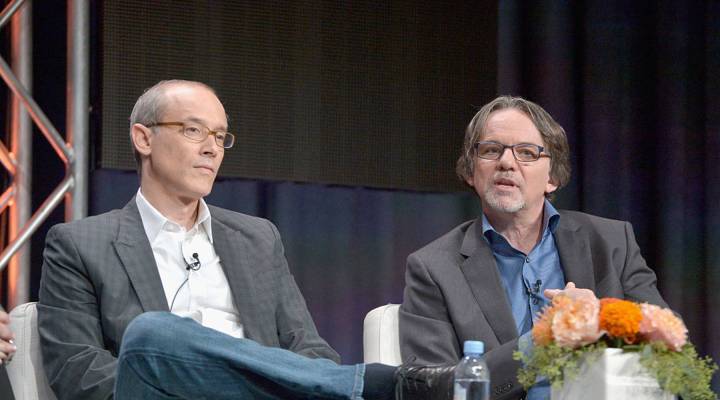 Scott Free Productions, the company founded by Ridley and Tony Scott, received Emmy nods for “The Good Wife,” which wrapped up its final season on CBS and received four nominations. Also receiving four nominations was “The Man in the High Castle,” an Amazon series that Scott Free produced.

David W. Zucker is the president of television at Scott Free Productions. He said “there are more possibilities and opportunities [in television] than ever before. There’s over 50 buyers, networks or outlets for my content, which is frankly extraordinary.”

When I started, even at Scott Free, I mean you had your network buyers and then you had HBO and Showtime and a few of the basic cable networks. And you were always trying to assess the market to say, “Where are our limitations?” Because there were certain shows back then that you couldn’t do.

You couldn’t do shows that had sort of an international intention, which is why “High Castle” was hard to lay. Even back in the ’90s you couldn’t go into a political show until “West Wing” sort of changed that, you couldn’t have foreign language and subtitles until “Lost” and “Heroes” did that. I mean, you’d see these sort of incremental changes but I think as, and I am certainly no television historian but one who has sort of been riding the wave so to speak, as we started becoming and as sort of the fiscal opportunities internationally changed, that the studios couldn’t necessarily rely upon the output, the same syndication deals. Obviously Netflix and Amazon all changed the financial mathematics of it and from a content standpoint, we’ve been enormous beneficiaries.

Click the audio player above to hear the rest of the interview.