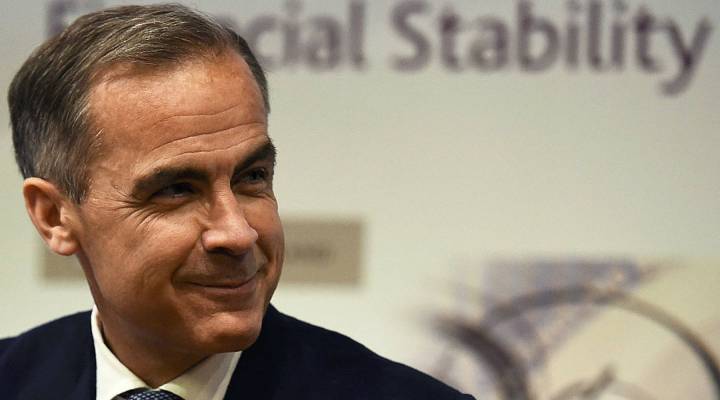 The Bank of England announced Tuesday that it’s cutting capital requirements for U.K. banks. The message from Bank of England Governor Mark Carney was that while some of the risks from Brexit have begun to “crystallize,” the Bank has “a clear plan.”

“We are rapidly putting its main elements in place and it is working,” Carney said.

After the financial crisis, regulators focused on raising the amount of capital banks were required to maintain, including so-called counter-cyclical capital buffers, which are designed to fluctuate with economic conditions. This is in addition to more permanent capital requirements that are meant to ensure banks have enough financial cushion to withstand economic shocks.

“Basically, [banks] build up capital in good times in order to use it in bad times,” said Bart van Ark, the chief economist at The Conference Board.

If it’s funds set aside for a rainy day, in the U.K., “it’s clear that it is raining right now,” said van Ark.

In cutting capital requirements, the BOE to try to prevent bigger storms on the horizon, he added.

“The decision to lower counter cyclical capital requirements was decided to free capital, about 150 billion sterling [nearly $200 billion USD] for lending to the real economy, by which I mean credit supply to household and business,” said Lucia Quaglia, professor at the University of York in the U.K. “This is a measure designed to calm the markets. It’s a preventive measure.”

But whether the cuts will have the intended impact is another matter, said James Kwak, associate professor at the University of Connecticut School of Law.

“Reducing capital requirements essentially makes it possible for banks to lend more, but there’s no particular reason to believe they will, especially if there’s lot of anxiety about the financial situation,” he said.

Eight major U.K. financial institutions released a statement today agreeing to “to make the extra capital available to support lending to U.K. businesses and households in this challenging time.”

However, even if banks are willing to lend, people and businesses will still have to want to borrow.

“If we do see a slowing in credit growth, it will be demand driven not supply driven,” Carney said.