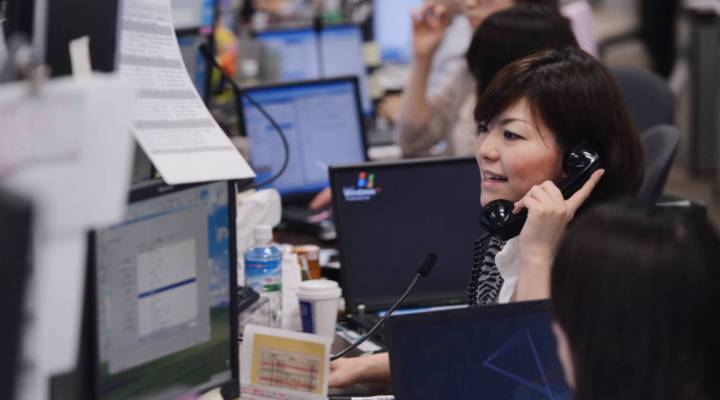 Hundreds of thousands of retail investors in Japan are women and they do it from home. Day trading became popular among Japanese housewives in the 1990s.

So, with Britain’s future up in the air, why are so many of these investors holding on to so much pound sterling?

“The Japanese really don’t have a lot of places to park their money,” she said.

Goto also noted a lot of those investors aren’t taking the idea of a Brexit seriously.

“And so those investors who were confident that this was a political risk that actually wasn’t a risk are beginning to panic,” she said.

As Thursday’s Brexit referendum approaches, uncertainty is what traders are worried about. Christopher Vecchio, currency strategist with Daily FX, said it’s been almost 25 years since currency was what everyone was talking about.

“The last time currency markets are perhaps getting this much attention, or at least the pound was, you have to go back to 1992 when the Bank of England had to exit the exchange rate mechanism because it ran out of foreign reserves to prop up the pound,” he said.

That didn’t end well. It ended up costing the United Kingdom more than £3 billion.