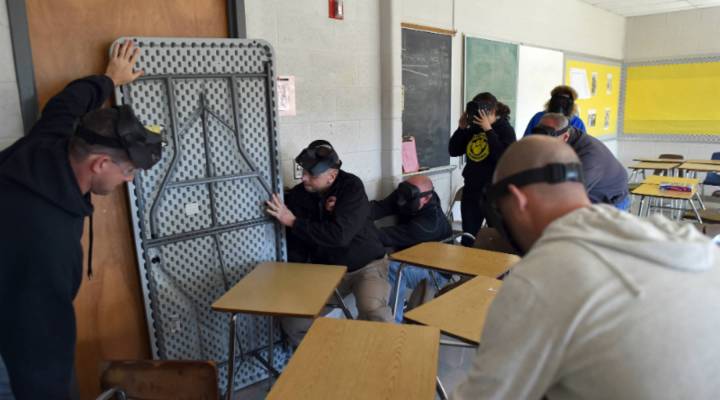 It was in 2006, after a shooting in Nickel Mines, Pennsylvania, at an Amish school, when business began to pick up for Greg Crane. Crane is CEO of the ALICE Training Institute, which calls itself the first active shooter response program and provides training for how to respond in an active shooter scenario.

After the Pennsylvania school shooting, and similarly tragic incidents, Crane said his phone would ring off the hook.

It used to be that many people relied solely on the police, fire department, even the SWAT team to stay safe. But with the rise of incidents like the one last weekend in Orlando, Florida, individuals and businesses have increasingly taken on security training of their own. Lou Rapoli, a retired New York Police Department sergeant and owner of Spartan School Consulting, said he saw a change after Sandy Hook.

“People started to realize that law enforcement can only be there as fast as they can get there, and [the] national law enforcement response time is about three minutes,” he said.

Crane notes that his original focus was training K-12 schools, but that’s expanded.

“It morphed into universities, the hospital environment, the houses of worship, businesses. There’s just about not any demographic in our society these days that has not had one of these events,” he said.

The HR Policy Association, a professional organization for Chief Human Resources Officers, which includes members from large corporations such as Accenture, the Hershey Company and Mutual of Omaha, provides links to resources and guidelines for active shooter prevention and preparedness on its website. The National Retail Federation, which represents retailers from over 40 countries, has partnered with Homeland Security, as well as the Federal Emergency Management Administration, to create guidelines of its own.

Back when Crane first founded his company, he was often criticized.

Back then, victims were often advised to hide and wait. Now, Crane’s instruction can call for more. ALICE stands for Alert, Lockdown, Inform, Counter and Evacuate.

Crane points out that there’s not just more interest in improving training, there’s more acceptance too.

“We’ve got to do a better job,” he said, noting that in an impossible-seeming situation, people may have to be their own first responders.

“Waiting for the police to get there — there’s just no time for that,” he said.