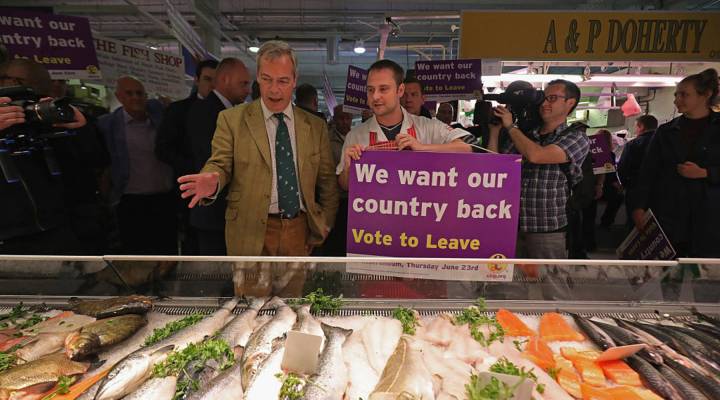 COPY
Leader of the United Kingdom Independence Party, Nigel Farage talks to supporters and market traders in Birmingham Rag Market during campaigning for votes to leave the European Union in the referendum.  Christopher Furlong/Getty Images
Brexit

Leader of the United Kingdom Independence Party, Nigel Farage talks to supporters and market traders in Birmingham Rag Market during campaigning for votes to leave the European Union in the referendum.  Christopher Furlong/Getty Images
Listen Now

In less than three weeks,  Britain holds a critical referendum on whether it should remain a part of the European Union or, after more than 40 years of membership,  pull out of the bloc.

One of the battlegrounds in the campaign has been business. British companies (or their managers and employees) are facing an excruciating  choice: would they be better off staying inside the tariff free, single market of 500 million Europeans or would they prosper more if they were free from the constraints of EU regulation.

“Better off out!” insisted Simon Boyd, CEO of the John Reid and Son steel company in Dorset, England.  “The single market is a sham. We export all around the world but hardly at all to continental Europe. There are too many barriers to trade.”

Boyd claims, for example, that he cannot operate in France because the French demand that his company is covered by an insurance policy that can only be bought by a French company.   “It’s rampant protectionism,” he said.

He argues that Britain’s EU membership is a disadvantage for his company.  He is bound by EU regulations which add to his costs and – he claims – hamper his export drive into countries outside Europe.

“Because we’re competing against America, China, India, Australia all of whom don’t have to go through any of the hoops that we have to go through to comply with EU directives and regulation, we’re much worse off inside the EU than out,” Boyd said.

Tom Cridland takes the opposite view.  He believes that his fashion business ( launched two years ago and now turning over over a million dollars a year )  would be destroyed if Britain pulls out of the EU.

He sells what he calls “durable clothing” guaranteed to last for 30 years . The only supplier he trusts is Portuguese and  – he fears – that if Britain exited from the EU or “Brexited “   it would lead to import tariffs on his products when he brings them into the U.K.

“If we had to pay import duty on them we wouldn’t be able to offer such an accessible price point. My business would probably be gone in a couple of months,” Cridland claimed.

Brexit backers say  there would be no tariffs because the U.K. would swiftly negotiate a special trade deal with the EU. They argue that since Britain buys  far more from the continent  than the continent buys from Britain it would be in the EU’s interest to strike a new deal – and fast.

But Britain’s largest business group  – the Confederation of British Industry –  is skeptical about that  and points out that 80% of its members have consistently said in surveys that their businesses would be best served by the U.K. voting to remain in the European Union.

The Bank of England, the International Monetary Fund, the Organisation for Economic Co-operation and Development and a string of foreign leaders including President Obama have all warned the U.K. that  Brexit would be a step into the dark and most likely a disaster.

“They’re all wrong,” declared pro-Brexit  steel company boss Simon Boyd.  “Britain is a great nation, a great people. This will be anything but a step  into the dark, it will be a leap into the light.”

So with one bound British business could be free … or in deep trouble. 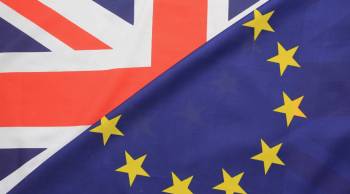