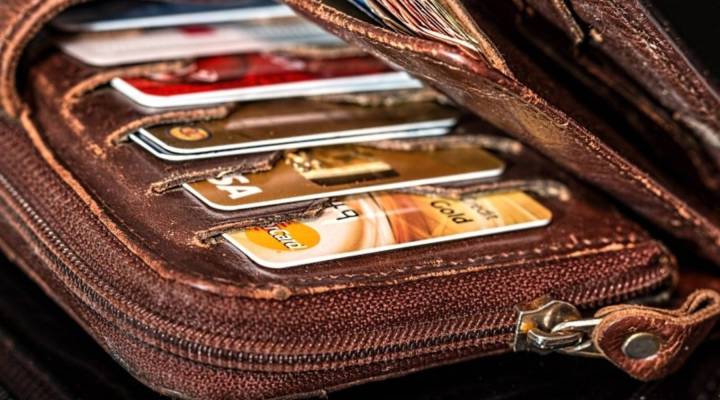 In March, consumer credit surged by $29.7 billion — 10 percent on an annual basis — to $3.59 trillion, according to the Federal Reserve. (The measure excludes mortgage debt.) That compares to a 7 percent annual increase for the full year of 2015. Consumer credit was rising at a rate of just 4.2 percent annually in 2011.

After the psychological shock and deep de-leveraging brought on by the Great Recession, American consumers are increasingly willing to put their purchases on plastic, said analyst Matt Schulz at CreditCards.com.

“Credit card debt is the highest since August of 2009,” Schulz said. Other forms of credit, including auto and student loans, are also on the rise. Schulz said that’s driven by Americans’ increasing confidence that their jobs are secure, and that they’ll be able to continue paying off principal and interest month after month.

“Delinquencies are still very low,” Schulz said. “We haven’t really reached any tipping point in terms of consumers not being able to handle the debt that they have. But if it keeps climbing too high, too quickly, that probably isn’t too far off.”

Young people aren’t racking up credit card debt at the rate of other demographic groups. That’s largely because of their mounting student debt, said consumer economist Chris Christopher at IHS.

“The jobs are not paying that great,” Christopher said. “They move back into the house and then they have this big debt overhang. They are more cautious.”

We asked if you’ve gotten more comfortable with debt, and why you’ve been borrowing. Here’s what you said.