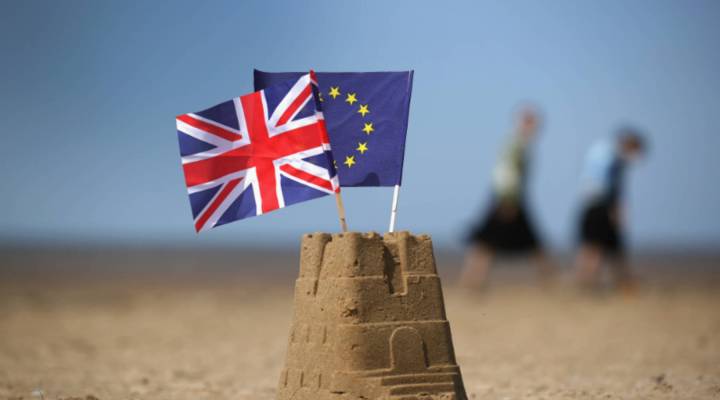 COPY
The United Kingdom will hold a referendum on June 23 to decide whether to remain a member of the European Union. Christopher Furlong/Getty Images
Brexit

The United Kingdom will hold a referendum on June 23 to decide whether to remain a member of the European Union. Christopher Furlong/Getty Images
Listen Now

Immigration is a key issue in next month’s referendum in Britain on whether to stay in or pull out of the European Union. The EU guarantees the free movement of people between the 28 member states, and that’s been worrying many Brits concerned about the record influx of migrants. Last year, there was a net inflow into the U.K. of more than 330,000 settlers – half of them from elsewhere in the EU.

“I love London. And my family loves London,” said Emilio Foa, a business executive from Italy who now lives in the British capital. “London is a very inclusive city, probably the most cosmopolitan city in the world.”

But could that inclusive, cosmopolitan character be at risk? Elisa Padilla from Spain, who has lived in London for three years, frets about the EU referendum.

“It is a bit scary,” she said, “because underneath it all, I feel there is some sort of rejection of immigrants. English people don’t want more people from abroad coming here.”

Public services like health care and education are  under pressure due to the high levels of immigration. The housing shortage has worsened, too. But Italian migrant Daniela de Rosa, who runs an Anglo-Italian website, is still shocked and dismayed by the referendum.

“I wouldn’t have believed when I moved to London 11 years ago that one day someone would question our staying in Britain – as Europeans,” de Rosa said.

But is there any question about her staying? Expelling the 2 million EU migrant workers already in the U.K.  isn’t in the cards and wouldn’t make any economic sense. They pay more in taxes than they take out from the state, and many do low-paid, rather menial jobs like farm laboring and working as kitchen porters.

Michal Zdunczyk, a printing equipment engineer from Poland, said that the EU migrants are hardly putting the Brits out of work.

“We basically fill the gap where the British people will not accept those jobs for that kind of money,” Zdunczyk said.

He said even if there is a Brexit, Britain couldn’t afford to kick out its EU migrants.