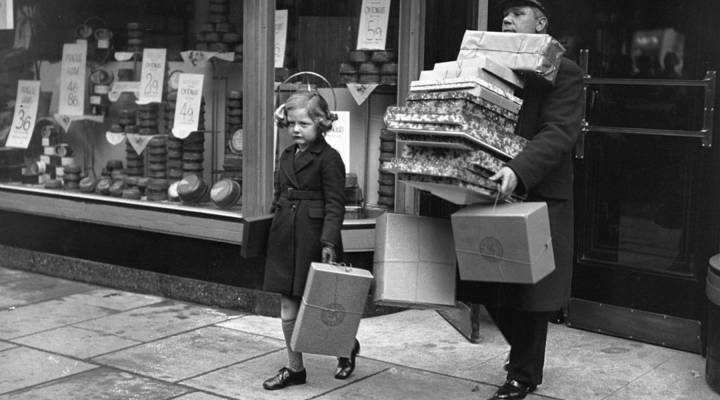 It was a long struggle.  But finally, two months ago, 35-year-old Davin Anderson of Cleveland and his wife Kristin paid off their credit card balance, which at one point was as high as $8,000.  The bank just kept raising their credit limit.

Finally, Anderson said, his wife asked the bank to lower their credit limit to $4,000.

“They balked and argued with us a little bit,” he said. “Just prying questions — you know, “Why?”

Sounds like the easy credit we were able to get before the financial crisis. And banks are pushing plastic to subprime consumers again, too.

But James Chessen, chief economist at the American Bankers Association, said the growth of credit cards is a good thing. He thinks it’s a sign of consumer confidence, driving a growing economy.

“Consumers are feeling better about their financial situation and are looking to buy that refrigerator and the couch that they may have put off before,” he said.

But banks haven’t completely opened the credit card spigot, according to Brian Riley, principal executive adviser with the business advisory firm CEB. He said you have to jump through a few more hoops now to get a card. The bank checks your income, for example.

Does that mean banks have learned from the financial crisis?

“I don’t think we’ve learned all the lessons we need to,” Riley replied. “Certainly when you do hit subprime, what’s the magic number of giving somebody so much debt they can’t handle?”

Riley said it’s good that banks are doing an income check, but what happens if subprime customers lose their jobs, like in another financial crisis?

We asked if your credit limit’s been raised lately and how you’re spending that new credit. Here’s what you said.