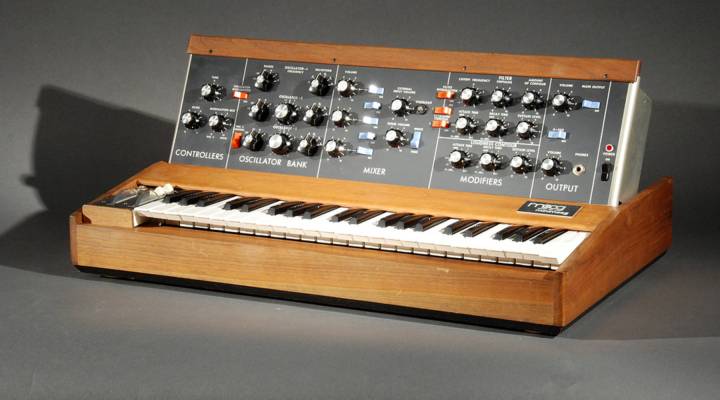 In the 1960s, Bob Moog started making synthesizers. Now, more than a decade after his death, the name Moog is synonymous with synth. What’s more, Moog Music the company is going strong thanks to Mr. Moog’s ability to engineer instruments musicians love to play.

The company has its own festival, Moogfest, which is currently underway in Durham, North Carolina, and it continues to offer digital and analog music-making products. There’s everything from a $30 app, to the System 55, a massive synth that will set you back $35,000.

Mike Adams heads up the company now and has done so for the last 14 years or so. Adams spoke with Kai Ryssdal.

Bob was, first of all, obviously a genius. He was an engineer’s engineer. A typical, kinda nerd. Always had the pocket protector [with] 10 pens and three of them were leaking, you know, that kind of thing…. He called himself a toolmaker for musicians, and I think that’s a really good description of him. But he’s maybe a little bit more than that.

But for all his vision of putting engineering and music together, he wasn’t a great business man?

That’s a widely held perception. He would probably say he was not a great businessman. But he made a lot of decisions that, well, let me give you one in particular. In the ’60s … he hired a publicist in New York that he paid $25,000 a year…. That’s a lot of money back then. And the goal was to make Moog synonymous with synthesizers. And to this day, you pick up a New York Times crossword puzzle [and] a four letter word for synthesizer and you know what it is.

A Moog modular synth on display at the University of Maryland.

How would you describe Moog and its products to someone who is unfamiliar?

Well, I mean, very simply we make electronic musical instruments, primarily the synthesizer. And the synthesizer is a device you can program, if you will — I don’t like that term — but you can twist some knobs around and make it sound like any instrument that you want…. It’s a creative tool that all artists can unleash what’s in their mind and make it happen on a synthesizer.

Do you think that as Moog goes forward into the increasingly digital future that you will have to stop manufacturing the hardware and focus on apps?

Well, we’ve come through that a little bit. When I first started, everyone was gaga about software this and software that, everything was done on a computer. And we’ve sort of crossed that chasm. Actually, it’s kind of interesting, in 2008 was when I noticed it changed, and I talked to our distributor in France about it and he says, ‘Everybody realizes that when the economy tanked, all their software wasn’t worth anything but their hardware was still very valuable.’ And so … from just an investment standpoint, the hardware was more valuable…. But that’s not the real issue. The real issue is, musicians want that tactile feedback. They want that keyboard, they want to twist that knob, they want to flip that switch, they want to move the dials around. And on the flip side, young people who don’t have any money have to get into it from a software standpoint. 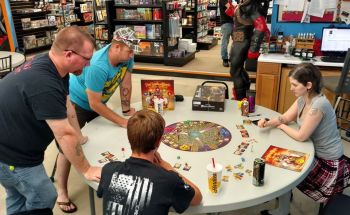