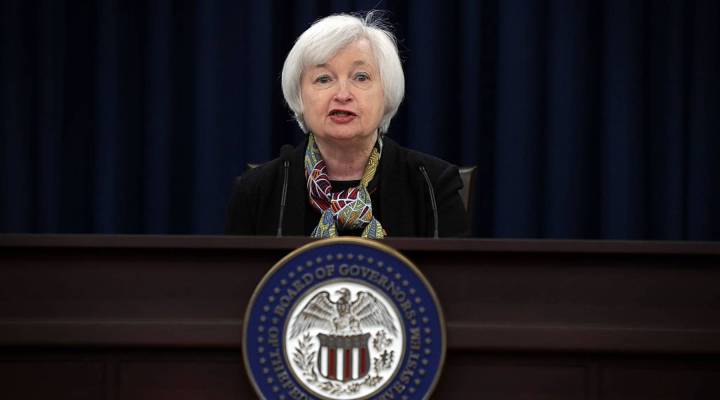 In front of the House Oversight and Government Reform Committee today is House Resolution 24, the Federal Reserve Transparency Act of 2015. It’s a bill “to require a full audit of the Board of Governors of the Federal Reserve System and the Federal reserve banks of the United States.” But this proposed legislation is better known as the Audit the Fed bill, an idea made famous by, among others, Kentucky Sen. Rand Paul.

The desire to audit the Fed though, to increase the accountability of what can at times be an opaque government agency, comes with various degrees of desired transparency.

A different take comes from Andrew Levin, professor of economics at Dartmouth College and before that a Fed staffer for many years.

On how his proposal differs from “Audit the Fed” proposals:

I think a critical distinction here and the reason I would not support the Audit the Fed proposals that have been made in the past is that the Federal Reserve’s ability to make an independent judgment on specific monetary policy judgement decisions is very important. It should not be subject to any kind of political interference. So what I’m proposing here is a regular annual review … I can see where there are dangers of throwing the baby out with the bathwater, and those need to be avoided. But on the other hand, there is room for improvement. [It’s] not surprising that after 100 years that there are some significant ways to improve the Federal Reserve’s governance and transparency and accountability to the public.

On the need for diversity at the Fed:

… The problem right now at the Federal Reserve is that there has never, ever in 100 years been a single African-American serving as president of a regional Fed… So there’s clearly a problem here, and the proposal that I’ve made is to change the process to make it more transparent and to ensure that the directors and the Reserve Bank presidents represent the broader American public.

Well, people I’ve spoken with are generally surprised… There’s no conspiracy here. It’s just as I say, it traces back to the found of the Fed 100 years ago, the fact that that’s the way the organization works. But again, 100 years later, I think it makes very good sense to make a relatively modest change to the Federal Reserve.