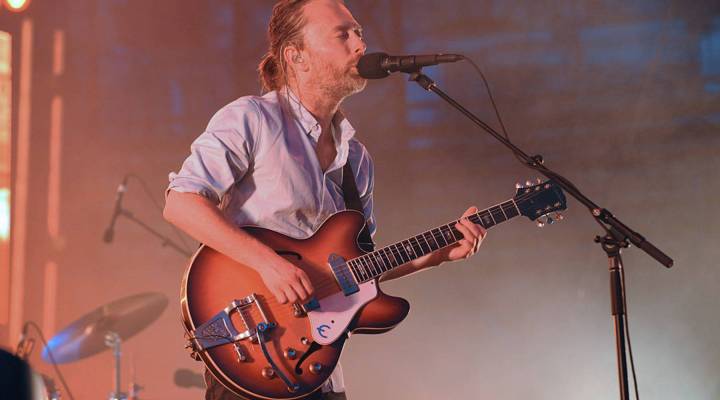 COPY
British musician Thom Yorke of the Radiohead performs at a concert in France. The band sets up different companies for each project. SYLVAIN THOMAS/AFP/GettyImages

British musician Thom Yorke of the Radiohead performs at a concert in France. The band sets up different companies for each project. SYLVAIN THOMAS/AFP/GettyImages
Listen Now

The British rock band Radiohead dropped an album Sunday. It’s called “A Moon Shaped Pool,” and the release was preceded by a couple of other things. The band vanished from the internet for a bit then put out a couple of music videos, which understandably got a few music journalists scratching their heads. You might say they band is good at marketing.

But it turns out they’re pretty adept with their business dealings all around and have formed some 20 entities since the early ’90s. Alex Marshall wrote a piece for the Guardian about the band’s economic affairs called “Radiohead’s corporate empire: inside the band’s dollars and cents.”

They set up different companies for each of their projects. This new album has its own couple of companies?

This new album has two of them. There’s one called Dawn Chorus and another, which is really badly spelled, called Dawnnchoruss. But they’ve done this for about the last few records, ever since they left EMI…. And they’ve just started doing this completely different to any other band that you can name.

Why do they do it this way? Do they just have a thing for financial accounting or does it make some business sense?

Well, I wish they would talk to me about it and actually explain it. But when I looked into this, they avoided talking to me like the plague…. But my guess, and this only a guess from talking to people, is that it’s a very good way of managing companies, of isolating them. So if a Radiohead album happened to fail, it would almost isolate it from failure. So no one could go and steal the profits they made from “OK Computer” or with “The Bends.”

And this gives them more creative freedom, is that the deal?

That is the deal, although the problem is you look back in time, you finds some bands, obviously, when they make money they don’t churn it back into more records, and they actually just go off the hook in a delirium of drugs and booze. Radiohead fortunately don’t do that. And you’re finding more bands are reinvesting all their money into quite complicated financial structures in order to boost themselves and give themselves creative freedom. Kanye West is well known for doing this. Daft Punk, when they give interviews, bizarrely openly talk about finances. And I think Radiohead should shout more about this and be an example to others rather than trying to keep it as hidden as possible.