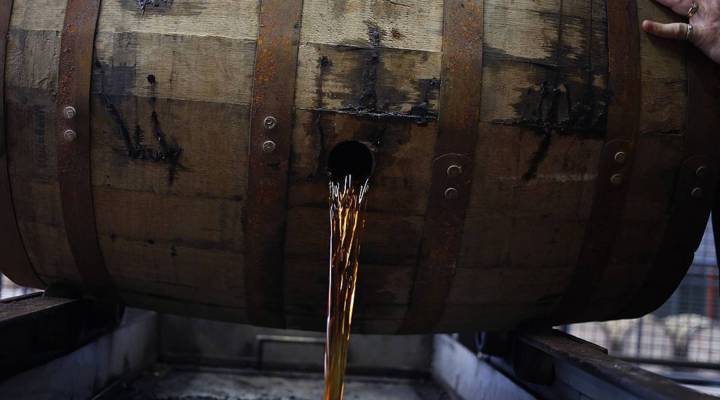 This weekend at the Kentucky Derby, oceans of mint juleps will fill cups around the track and around the world. The Derby gives us the chance to look at just how strong sales have been for American whiskeys lately, including the bourbon, rye and Tennessee varieties.

Until fairly recently, American whiskey was a somewhat sleepy category. But it has exploded around the world, as younger drinkers dial back on beer and move away from vodka cocktails. Whiskey makers have increasingly gone upscale, using packaging and marketing that emphasizes quality, drawing global big spenders of all ages. Distilled Spirits Council data show distillers selling nearly $2.9 billion in American whiskey in the U.S. last year, a 52 percent jump from 2010. In the same period, exports grew 33 percent.

All that means times are pretty good for America’s whiskey distillers and the farms and businesses that supply them. But like other American exporters, the strong dollar can make it tougher to do business abroad.