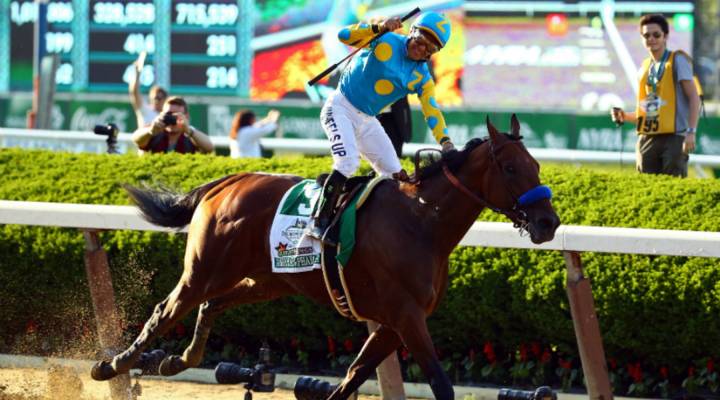 The gates swing open at the Kentucky Derby on Saturday, for the unofficial start of the horse-racing season. It is the first big race.

Last year, a horse named American Pharoah ended a long dry spell, winning the Derby and two of the following big races for a Triple Crown. It was the first time that’s happened in 37 years.

The question now: Can horse racing get a boost from American Pharoah’s improbable feat and a level of media attention the sport hadn’t seen in decades?

Experts say it will take time to see if all that attention has a long-term impact on revenues, but in the short term there is at least some anecdotal evidence of a positive impact.

Darcy Kamal, who teaches business at Chapman University and researches the race horse business, said she has checked in with race tracks in California and found reason for optimism.

“There’s been an increase in gate attendance because of the boost from American Pharoah,” Kamal said.

The Kentucky Derby offers the first big test for the post-American Pharoah world.

The stakes are high. From 2001 to 2011, thoroughbred racing saw a 30 percent decline in attendance, according to a study by the consulting firm McKinsey, which predicted further declines in the decade ahead.

“We have done a horrible job of reaching out to the next generation,” said Thomas Cooke, a professor of business and law at Georgetown University who heads a race horse association in Maryland. Cook said the sport needs to modernize to lift its numbers, including new marketing efforts and a change in its business to attract younger audiences to one-stop-shop entertainment centers, not just race tracks alone.

A look at the most gambling-addicted states