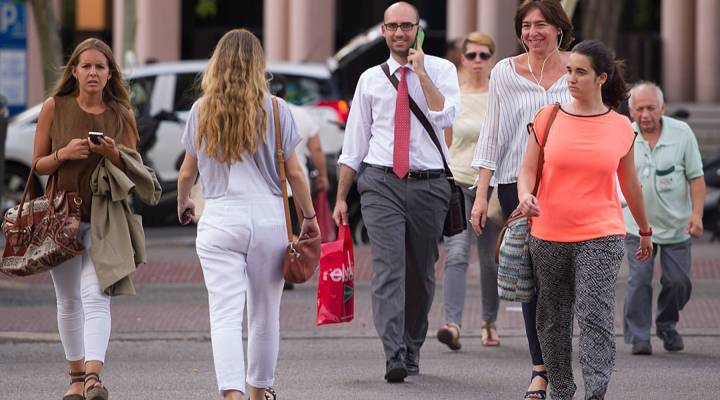 Another 215,000 jobs were added to the economy last month, according to the The Bureau of Labor Statistics report released Friday, and this means more lower-skilled workers are finally getting hired.

A total of 2.4 million people have joined the labor force since September 2015, pushing the labor force participation rate higher month-after-month for the first time since the recession hit.

“Many Americans who have just not been part of the economic game have been coming back to work,” said analyst Andrew Stettner at the Century Foundation. He said that the low national unemployment rate of 5.0 percent, combined with more jobs available, is pushing employers to make more of an effort to find the workers they need.

“We’re getting to people that employers were perhaps shunning earlier in the recovery,” said Stettner, “particularly the long-term employed, people who were out of work for a long time, and employers were less likely to hire them.”

The tightening labor market is helping one group in particular to get back on payrolls, said Paul Ashworth at Capital Economics: “It appears to be lower-skilled workers—those who don’t have high school diplomas—where we’ve seen the biggest rise in the participation rate.”

Another demographic group—prime-age women—is lagging in labor-force improvement, though, and that worries Aparna Mathur, senior fellow at the American Enterprise Institute.

“Women are less actively participating in the labor market in the ages twenty-five to fifty-four,” said Mathur. They may be staying home with children or elderly dependents, unable to find work that accommodates a caretaking schedule. Or, said Mathur, “they’re settling for part-time jobs, perhaps because of lack of a paid family-leave program in the U.S.”

Other stats from Friday’s report:

• The unemployment rate rose 0.1 percent to 5.0 percent, as 396,000 people joined the labor force—working or actively looking for work.
• The labor force participation rate (LFPR) rose to 63.0 percent. It has risen 0.6 percent since September 2015.
• Average hourly wages rose 0.3 percent month-to-month, and 2.3 percent at an annual rate.
• Jobs were added in health and education, retail and leisure, and construction. Manufacturing and mining (mostly the oil and gas sector) lost jobs.