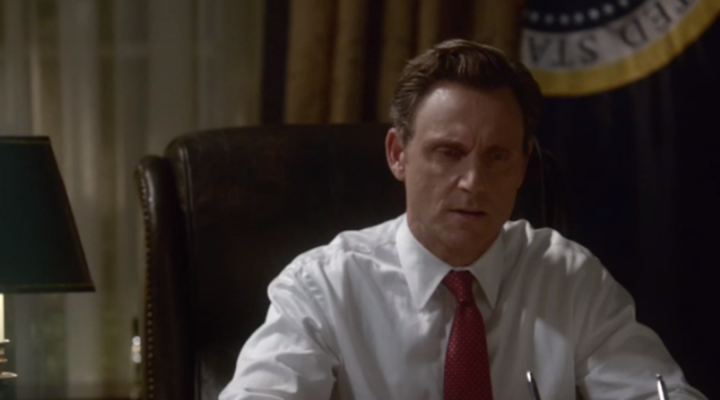 COPY
Coming back after a hiatus during its current season, "Scandal" saw a 15 percent drop-off in same-day viewership.  Image via ABC Television Network/YouTube

Coming back after a hiatus during its current season, "Scandal" saw a 15 percent drop-off in same-day viewership.  Image via ABC Television Network/YouTube
Listen Now

After a long break, “Nashville,” the country-music drama from ABC, returned this week in all its soapy-twangy glory, with a tear-jerker of a a wedding.

And the audience for that wedding bucked a trend.

More viewers watched the new season opener than tuned into last season’s  finale back in December.

Many other network shows, including some of the most popular, appear to have lost audiences during their multi-month hiatus.

“Quantico” saw an 18 percent drop-off in same day viewership. “Scandal” lost 15 percent. “The Last Man on Earth,” “How to Get Away with Murder,” and “Blindspot” also returned to smaller audiences.

“When you start playing around with, or interrupting the regular flow of a scheduled program, it gets a little dicey,” said Tim Hanlon, a media analyst at FTI Consulting. “Consumers have a myriad of choices available to them in this day and age.”

So when Olivia and Fitz disappear, for instance, some of us go looking for another tumultuous romance to fill the void. And don’t come back.

But, the glut of good TV only partly explains sagging ratings.

People’s viewing habits count, too, said Brian Hughes, who researches audience trends for Magna Global.  “What I suspect is happening is that people are just possibly saving up a few episodes at a time, or watching on a more delayed basis,” he said.

Also, “there’s a lot more consumption of shows happening on mobile and PC devices that doesn’t get measured in the traditional form of measurement,” said Ashwin Navin, CEO of Samba TV, which measures TV  audiences.

Navin said the networks need better data to convince advertisers that ratings may be down, but they aren’t as bad as they look.

Or TV producers could just plan a big soapy wedding for every mid-season return.