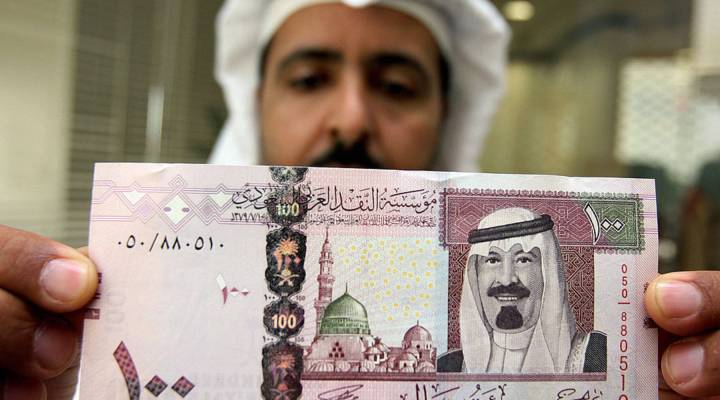 The oil-rich kingdom of Saudi Arabia, home to a monarchy so wealthy that one prince is worth $20 billion, is looking for a loan, according to reports by the Wall Street Journal and Reuters.

The Saudis have been running deficits, borrowing from their country’s banks and tapping into savings. But now, they may be looking to international lenders for $6 billion to $8 billion in loans.

David Andrew Weinberg, a Middle East expert at the Foundation for Defense of Democracies, said the country is trying to make up for falling oil prices. “The Saudi economy is overwhelmingly dependent on oil income for paying basic budgetary needs,” he said.

The Saudi government spends money on creating government jobs to keep people working and uninterested in the types of reforms that have caused instability in other Arab countries. The government even subsidizes the cost of gas and water, and does not collect income tax.

“They’ve been used to using the oil money to provide a welfare state,” said Robert Manning, an international security fellow at the Atlantic Council. “They don’t want to cut expenses, because they’re afraid it’ll jeopardize political stability in the kingdom.”

Saudi Arabia also needs to keep spending money on security, because it is increasingly worried about Iran’s influence. Those worries carried the Saudis into Yemen, where they are leading the fight against rebels they believe are backed by the Iranians. The Saudis have also pledged to send ground troops into the Syrian conflict.

With all of these expenses, and the uncertainty over when oil prices may rebound, David Andrew Weinberg said there are now questions among some in the Middle East as to whether the Saudis, or other Gulf states, can get back to the boom times fueled by oil prices that were in the $100 range.

“There is a fear… that the economic model in Saudi Arabia and many other Gulf monarchies may not be sustainable for the long term,” Weinberg said.

The Saudi government still has hundreds of billions of dollars in reserves, so there is no panic over low oil prices just yet, said Vali Nasr, the dean of the School of Advanced International Studies at Johns Hopkins University.

But, Nasr said if oil prices are still low in five years, Gulf countries might be in trouble, “There’s going to be a big structural gap… and that can no longer be glossed over with short-term borrowing,” he said.