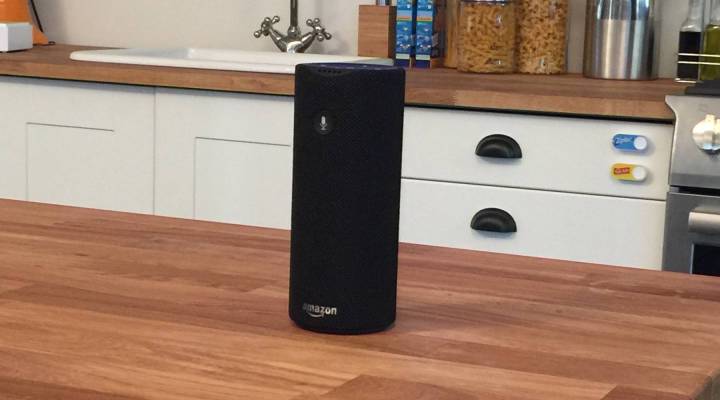 Confession: I am INTO my Amazon Echo. I’m like a poster child for it — a little bit.  It sits in my kitchen, and since I have an open floor plan (hat tip, HGTV), it’s basically in the center of the action. (The Amazon Echo, in case you aren’t familiar, is Amazon’s little connected home appliance. It’s a cylindrical voice-activated speaker with a built-in voice assistant named Alexa, and it’s always listening for your questions and commands.)

I use it for daily news and timers and information and weather and traffic and Spotify. And the $179 Echo has become something of a hit: Amazon says it has 20,000 five-star reviews on its site, and it was the best-selling device over $100 on Black Friday last year. The device has also expanded to be able to control lighting in the house, play music from more sources, work with more apps. Eventually, it may start your car remotely.

So I was excited to go to Amazon’s new product announcement event Wednesday in San Francisco to hear about Echo’s successors. And at first it was all working: lots of cool talk about how the Echo is a platform based on voice, and how in around 2010 or 2011 there was an “inflection point” in speech recognition technology and natural language understanding and processing is getting significantly better on a weekly and even daily basis. I’m like, this is going to be awesome.

Then came the new products;  the Amazon Tap, a portable Bluetooth and WiFi-connected speaker that has Alexa built in and the Echo Dot, the smaller, cheaper, more space-conscious Echo. I’ve got plenty of thoughts on those — which you can hear in this week’s episode. Plus, some notes from the RSA Security Conference in San Francisco, where the security industry and the federal government seem as far apart as ever.  And, added bonus alert! I’m going to let you in on my fun weekend fundraising plans!

Follow the Dispatch weekly by creating a Soundcloud playlist here, or plug this RSS link into your favorite podcast app to subscribe and get it every week, on demand.