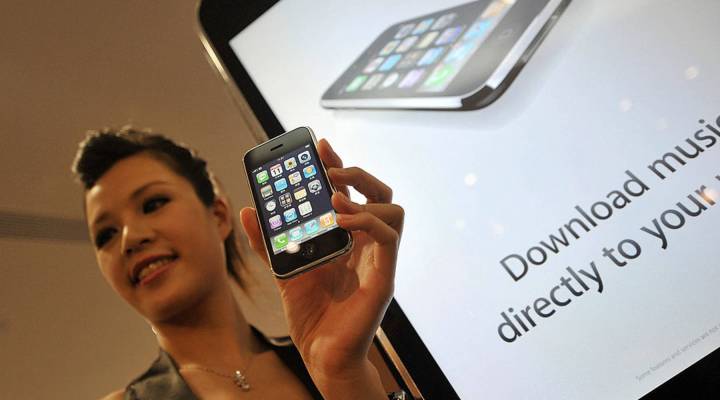 A model shows a 3G iPhone during its launch sale in Hong Kong on July 11, 2008. The iPhone 3G was the first model with access to Apple's App Store. ANDREW ROSS/AFP/Getty Images

A model shows a 3G iPhone during its launch sale in Hong Kong on July 11, 2008. The iPhone 3G was the first model with access to Apple's App Store. ANDREW ROSS/AFP/Getty Images

The market for mobile apps is (still) booming. Analytics firm AppAnnie predicts revenue will pass $100 billion by 2020, and Apple loves to tout the millions of developer jobs created by its iOS App Store. But a new report on the Verge shows how all that money is masking seismic shifts in the industry, and once-profitable app start-ups are tanking.

It’s not enough to sell ads against novelty apps like an aquarium or simple tools like a flashlight. It’s not even enough to sell apps for a one-time payment. The gold rush Apple and Google started seven years ago is over, the Verge reported. In 2016 the most successful apps need sophisticated ad software, a subscription model, in-app purchases or a marketing budget big enough to hire Mariah Carey.

People just aren’t downloading that many apps anymore, and when they are, they don’t want to pay. Heavies like Google, Facebook, Uber and several overseas game developers are sucking all the air — and profits — out of the room while smaller developers are struggling.

The Verge’s Casey Newton followed one of those developers, Pixite, a case study in the kinds of companies that are struggling in the new app market. Pixite got its start by selling a simple photo syncing app for a dollar. It was a surprise smash, and the developers eventually quit their day jobs and built a business to repeat their success. Each quarter they’d churn out a simple photo app they could charge a little for. But when business dried up, it dried up fast. Newton writes:

The mistakes appear obvious in hindsight: Pixite was building apps that sat uncomfortably between professional design tools and novelty consumer apps. It failed to create a distinctive brand … its apps were hard to find using the App Store’s search tools, and the company never invested in advertising. And Pixite clung to using the one-time purchase business model, which led to a perpetual cycle of boom and bust as each launch generated a single revenue spike followed by a rapid decline.

Pixite isn’t dead yet — a foray into subscriptions and in-app purchases is keeping the company afloat while it finds a new direction — but it came close, and their old revenue model is likely gone forever.

It seems app developers have learned the same hard lesson as the people behind Farmville, Upworthy, and the paid ringtone market: propping up a business atop a shiny new platform can pay big — until it doesn’t.