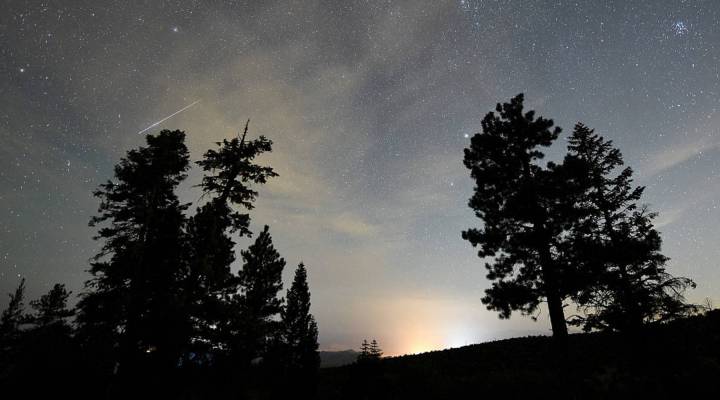 As Astronaut Scott Kelly prepares to descend from a successful year in space, it’s important to think about what else is constantly orbiting our planet, but can’t so easily come down.

Around 600,000 pieces of human-made space debris is currently orbiting Earth, flying at speeds over 17,000 miles per hour. Even though a lot of this junk is smaller than four inches, it can wreak havoc on satellites, and is a growing issue for the future of space exploration.

“There are more and more needs to do collision avoidance maneuvers,” said Tiago Soares, the technical coordinator for the European Space Agency’s Clean Space Initiative. “If you are hit by lets say a three centimeter debris it can cause the end of your mission”

Most of the space debris comes from old satellites that have been left in orbit over the decades. Over time, chunks break off, or internal energy inside causes them to blow up, which creates a sea of hazardous junk.

This can lead to a cascade of collisions, according to a recent paper published in Acta Astronautica. The debris could be mistaken for purposely flung projectiles, the authors write. They say this “may provoke political or even armed conflict between space-faring nations.”

There are two main ways space agencies like ESA are tackling the space debris issue. The first is the development satellites that are stronger, yet can safely disintegrate while re-entering orbit. The second way is to just clean it up.

“We are thinking about using robotic arms, or other options that are a bit more far fetched,” said Soares. “Using nets, for example, or even harpoons.”

“In France, there is actually a law for space operations that makes mandatory to all of the space crafts operator from there to comply with certain rules to protect the environment,” said Soares. “The natural way will be that more and more countries will try to enforce these regulations.”

The price? Being messy ain’t cheap. The first missions by ESA to remove some of the large debris will cost hundreds of millions of dollars.