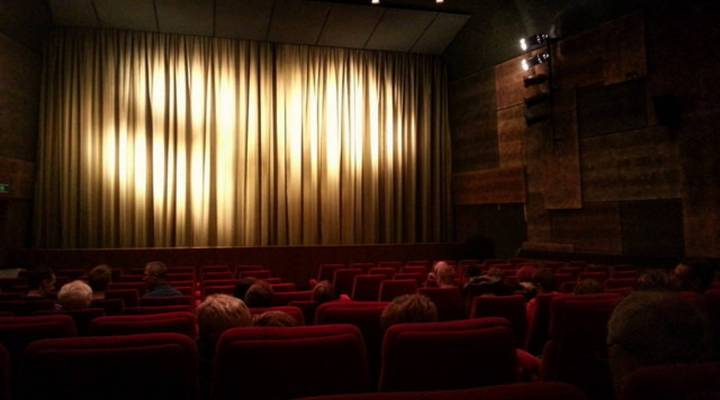 Box office revenue set a record last year, thanks in part to higher ticket prices. But the relatively low number of people actually going to theaters has the industry wringing its hands.

Earlier this week, for instance, I paid $14 for a ticket to “Pride and Prejudice and Zombies,” and pretty much had the theater to myself.

What if there were a way for theaters to play with ticket prices to fill some of those empty seats, by making them cheaper? Kind of like the airlines do?

Turns out variable ticket pricing is a whole lot simpler in the skies than it is in a movie theather.

“As far as being able to drop prices on a turkey,” said cinema consultant Jack Oberleitner, “the film companies pretty much control that. “

And, they pretty much don’t let it happen.

Oberleitner points out there are contracts between theaters and studios for every movie; contracts that cover things like revenue splits, the number of screens the movie plays on, and, yes, ticket prices.

Setting  ticket prices based on demand also gets sticky because so many theaters are multiplexes.

Barak Orbach teaches at the University of Arizona James E. Rogers College of Law. Imagine, he says, that one movie at the multiplex costs $7 and  another costs $15. “Many people will buy the movie that is $7, and they’ll go to the screen that is $15.”

Theaters would need to have monitoring systems, which could “affect your experience while you’re in the theater,” said Orbach. And cost the theaters money.

(I tested his theory out during my  “Pride and Prejudice and Zombies” outing and successfully snuck into both “Brooklyn” and “Spotlight.” For the record, I didn’t stay to watch either movie.)

If “Pride and Prejudice and Zombies” were discounted, it’d be sending a signal about its quality. Namely, that it’s not a good film. “It could actually mean that no one goes to see your movie,” said Gil.

Better to get full price from people like me, who like zombies with their romance. “If you have a movie that’s a stinker, it’s not a stinker,” said Gil, “it’s a unique movie.”

Unique or not, the movie industry still wants to sell more tickets.

A few of the big studios have invested nearly $50 million in a new app, to help make that happen. Among other things, the app will reportedly test ticket discounts.

But taking that discounting beyond a test could be a mighty tricky feat.