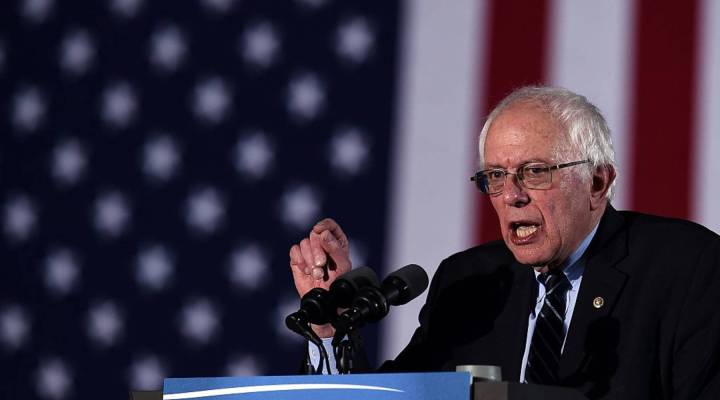 Vermont Senator and presidential candidate Bernie Sanders has a lot of big plans for the economy and wants the financial industry to help pay for them. One of his policy proposals would provide free tuition to public colleges and universities.

Sanders critics call such policies unrealistic. During his victory speech in New Hampshire this week, Sanders spoke to them directly.

“I will tell you how we are going to pay for it,” he said to a cheering crowd. “We’re going to impose a tax on Wall Street speculation.”

Sanders is proposing something like a sales tax on trades — 50 cents for every $100 traded. Robert Pollin, an economics professor at the University of Massachusetts Amherst, co-wrote a paper that lays out what’s been termed by others as the “Robin Hood” tax.

“The idea that we’re going to tax Wall Street trading, and — in Bernie Sanders’ proposal, use the money to fund free college education — I think Robin Hood would get behind that,” he mused.

The idea for a financial transaction tax, or FTT, has been around for decades. According to Pollin and others, it does reduce that speculation Sanders mentioned, and high frequency trading becomes less frequent. We know this because taxes like this already exist, in several other countries including the United Kingdom.

“I don’t think the U.K. stock market is a paragon of beauty, but it functions,” said Pollin. “It functions more or less as the U.S. market does, and they operate with a tax.”

Jared Bernstein, a senior fellow at the Center on Budget and Policy Priorities, pointed out in a recent op-ed that several EU countries are working together to impose FTTs on several other European exchanges all at once.

“These transaction taxes are becoming a lot more common, so it’s harder to hide from them,” he said.  Bernstein supports an FTT, but thinks the one Sanders is proposing is a bit high.

If such taxes are too high, companies just won’t trade on your exchange anymore, said Steven Rosenthal of the Tax Policy Center.

“That happened to Sweden several decades ago when it introduced a very large transaction tax,” he said. “The trades simply moved to the U.K. and other jurisdictions.”

That is what many opponents of the tax worry would happen here.

The U.S. actually already collects a very small financial transaction tax to fund the Securities and Exchange Commission, and that tax, while mostly hitting high-frequency traders, technically gets passed on to investors large and small.

“So administratively, this is pretty easy,” said Rosenthal. “Politically though, the matter is much harder.” 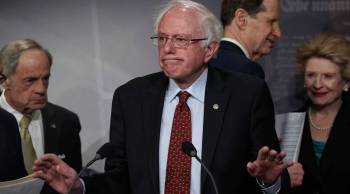