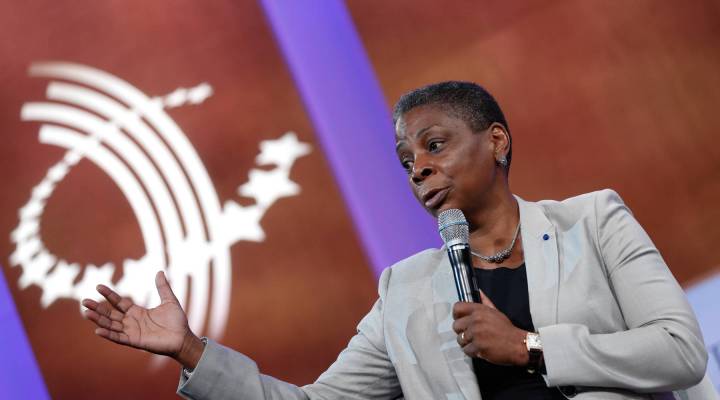 COPY
Ursula Burns, Chairman and CEO, Xerox Corporation. The company announced that it would split itself into two public companies. JP Yim/Getty Images

Xerox reports earnings Friday. It also announced that it would split itself into two public companies — one would run hardware like printer and fax machines and the other would be the services division.

But it’s not like Xerox just started branching out from making copiers. In 2010 it acquired Affiliated Computer Services — a huge data service provider. Steve Tadelis, economics professor at the University of California, Berkeley, said dividing the company makes sense.

“There is a large viewpoint in management that one should focus on core competence,” he said.

“But they’ve got these skill sets that, if they can get it right, will help them move into new businesses,” he said.

Most of the new businesses are on the data services side — like a state-wide contract to process tolls in Florida, and another to run parking meters throughout Los Angeles.

“It’s economies of scale and specialization,” he said. “If you want to do something very high tech in your city, you can’t hire staff to do this. You contract with Xerox.”

This week, Xerox even launched an app to help Los Angeles commuters find the cheapest and fastest way to get around.