Fashion flash sale site Gilt Groupe — once valued at about a billion dollars — is selling itself at a deep discount. On Thursday, Hudson’s Bay Company — the owner of Saks 5th Avenue bought Gilt for $250 million dollars. That’s not small change, but it is far less than Gilt and its investors had once hoped.

Gilt was a gleaming unicorn that turned into a mangy little pony, desperate for the nearest barn with a salt lick. Other flash sellers, like home-design site One Kings Lane, are basically in the same spot. To understand why flash sites cratered, zip back to the time when most of them rose to fame, during the depths of the recession.

“At that time, there was actually quite a bit of excess inventory because a lot of companies had a lot of inventory that they weren’t able to sell,” said Sucharita Mulpuru, vice president at Forrester Research.

Enter flash sellers. They bought that inventory on the cheap, everything from clothes to housewares. Then they marked the products up and sold them, using time-limited sales to spur buyers. Shoppers and tech investors ate it up.

But as the economy improved, there weren’t piles of unsold stuff sitting around anymore.

“The amount of really good inventory that can be sold at 60 or 70 percent just couldn’t possibly be available to meet the demand,” explained Steven Dennis of SageBerry Consulting, a former Neiman Marcus senior vice president and longtime skeptic of flash sale sites.

As inventory dried up, ever-growing numbers of flash sellers found themselves in a tougher fight with bigger discount players. Places like Saks OFF 5TH on the high end and T.J. Maxx on the other improved their digital presence and drew customers from the flash sellers. The end was near.

“As a standalone entity, flash sale sites don’t make a lot of long-term sense,” said Paula Rosenblum, managing partner at RSR Research. “As a piece of an overall offering, they make all the sense in the world.”

Saks agrees. Gilt gives it a new channel to sell its wares and access to younger shoppers. And just like a flash sale buyer, it gets its haul at some 75 percent off. 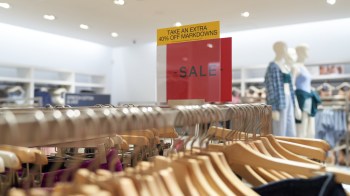 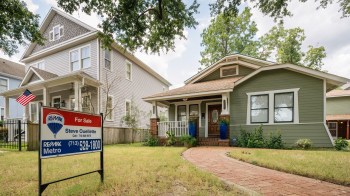