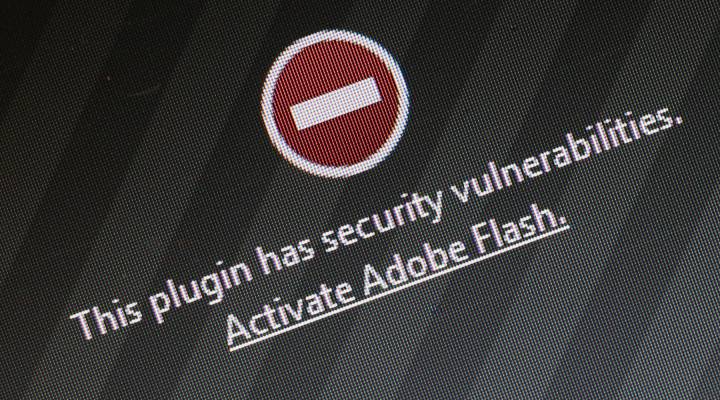 COPY
A window on the Mozilla Firefox browser shows the browser has blocked the Adobe Flash plugin.  Sean Gallup/Getty Images

You may know Adobe Flash as that thing that constantly needs to be updated on your computer so you can watch a cat video or load a website. Regardless of how annoying it is, chances are you begrudgingly click “accept” anyways. All of this makes Flash feel not just annoying, but outdated. And that’s because it is. Most developers can now build multimedia into websites without it. That’s why Adobe announced that it will stop supporting Flash by 2020.

But once upon a time, Flash was essential to your cat video streaming. Back when Internet Explorer was the go-to browser, it couldn’t support multimedia content. That’s where Adobe came in. The plugin Flash was created to make the internet a more interactive, visual, beautiful place.

Then, of course, technology advanced. HTML5, an advanced version of HTML, took over as a more efficient and safe model. Flash has holes that make it vulnerable to cyber attacks. And sites built with Flash generally take longer to load. These are the reasons why major browsers Chrome and Safari stopped supporting Flash (which is why you’re constantly upgrading the software) and why Steve Jobs didn’t build the iPhone to support it — two very big contributors to the software’s demise.

Chrome claims that 17 percent of its users visit Flash sites every day. While that’s a sharp decrease in interaction from just a few years ago, that means there’s still a good portion of the internet that uses Flash to support its work. Big companies with lots of money won’t have trouble adapting to the phase out. But smaller businesses — educational software often relies on Flash — will have to scramble to change their products. “That’s kind of a big ask,” said Lindsey Turrentine, editor in chief of CNET. “Companies will have to find ways to either redo what they make or just scrap that product and move on to something else.”

What does this mean for you? Turrentine said that you should expect some minor annoyances over the next couple of years as websites switch over. “And then everything will work much better. And probably your computer will be more stable as a result of it,” she said.

Click on the player to listen to an interview with Marketplace Tech’s Ben Johnson and CNET’s Turrentine.