What’s the highlight of New Year’s Eve in Times Square? While the ball drop typically gets most of the attention, roughly three thousand pounds of confetti will fly through the air seconds before midnight.

Treb Heining has been the man in charge of all those colored bits of paper for 24 years. This year, he’s leading a team of 120 “dispersal engineers,” mostly volunteers, who will toss the confetti from vantage points in eight buildings around the square.

Listen as Heining explains how he pulls off the biggest night of the year. 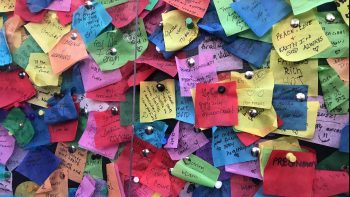