Everyone from President Obama, to GOP presidential hopefuls, to people with high-deductible health insurance have said the more transparency in the pricing of healthcare, the better.

But Wednesday, the U.S. Supreme Court is expected to take up a case that could make it harder to know how much the nation’s largest employers are paying hospitals and doctors for their employee’s medical costs.

Eighteen states have created databases that track the prices that public and private insurers pay for medical care. The idea here, said UCLA health law professor Allison Hoffman, is to leverage this data to drive better deals with hospitals and doctors.

The plaintiff in the case, Liberty Mutual, which self-insures, argues the state can’t make the company share information on the deals its cut with providers. Under federal law, employers have lots of latitude to craft their own plans. University of Michigan law professor Nicholas Bagley said the question before the court is whether sharing data would somehow end up altering those plans.

“Employers are required to adhere to state tax law, and state real estate law and all sorts of laws that may have implications for their employee benefit plans, but don’t relate to those plans within the meaning of the law,” he said. 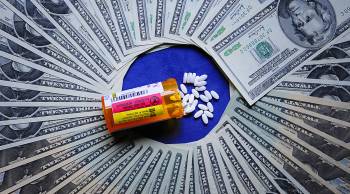 Companies team up to get better value in health care