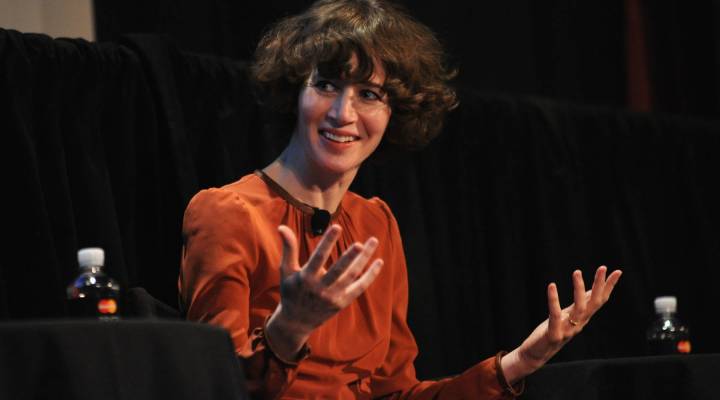 You might have heard of the “Proust Questionnaire.” It’s a set of questions about values and dreams improperly attributed to French writer Marcel Proust. (He actually answered it a few times, but didn’t come up with it himself.) We came up with our own version about money, because what we spend our money on and why usually reveals more about our personalities than we’d imagine.

Miranda July, artist, writer, director and actress, released her latest book, “The First Bad Man,” recently and we stopped by her office in Los Angeles to have her fill it it out.

What’s something you bought that you now completely regret buying?

July: Well, I mean, the thing is, though we badmouth the elliptical trainer, there are pockets of time where it’s the only possible device, it’s the only way to exercise. Just as I’m about to pay someone to take it out of our lives, I’ll have, you know, a two-month … no, not two-month, that would be crazy … like a two-week or maybe even two-day run on it, so to speak. And I’ll be like, “No! This thing is great. It’s great for your butt.”

July: I guess just that it is hard. There’s sometimes a misconception with art and creative practices that it’s just sort of all-intuitive, or you just make it all up as you go along. Especially women, I think, that it’s often seen as a happy accident. I remember with my first movie, people asked me, “Did you just make it up as you went along?” And I was like, “No! I wrote a script, and I worked really hard, and it was hard work.” So I think just that, just that it’s hard for my profession.

What is something everyone should own, no matter what the cost?

July: Healthy food? [laughter] I mean, that’s such a mom answer. I just feel like, in a political sense, I feel like everyone is entitled to that. And things that make that harder or lure you away from that are really, like a crime. Ultimately, what you have is your body. And, I still think every time I go grocery shopping, I think, “Oh! I get to have anything I want.” I remember a long time when that wasn’t true, you know? You walk in and you’re very careful about each purchase. And now, that’s like, in a way, the richest I feel, like, “How much damage can I do buying the good quinoa?” [laughter] It’s like only going to be a couple dollars more, it’s not going to break the bank. But that still gives me a really safe feeling.

July: Oh, that’s hard because I pretty much just add on this one every time I think of something [laughter]. I kind of wish I could pay piano, or sing. There’s certain arts that I don’t do, that of course seem like the truly liberating ones, and just to be able to open your mouth and sing or lose yourself. Sometimes my son tells me to play piano, while he’s — we have a little keyboard — playing. And so, I’m sort of just forced to do it, and I’ve gotten better, starting from zero. To the point where right now, I’ll try and get people to listen [laughter], and just try to determine whether I might be a genius at this. And everyone’s like, “No, no, no. Not at all.”

When did you realize art could be a career?

July: I always thought of it as a career. And this comes from the fact that I grew up in a business. My parents ran their publishing company out of our house. So, I had much more of a sense of business, and that being real, than an art career. So even the very first things that I made, like a play that I put on, I was more involved in the mimeographed pamphlet for the play than the play itself, you know? The materials and everything that makes something professional were always important to me long before that became appropriate, in any way. It was sort of cute, and then it was like, arrogant, and then it finally had its place.