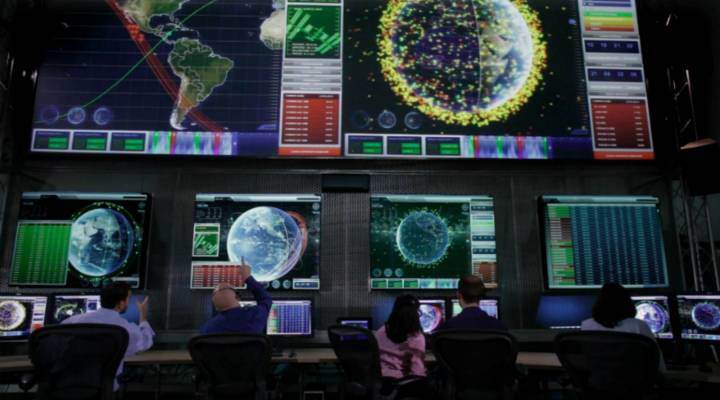 COPY
Space is swirling with thousands of pieces of debris. Courtesy Lockheed Martin

There are tens of thousands of pieces of man-made debris, large and small, hurtling around the planet at astonishing speeds. The junk poses a risk to functioning satellites and the International Space Station. But, as they say, “one man’s trash is another man’s treasure.”

The worst-case scenario when it comes to space junk is that it would hit something with people in it, like in the movie “Gravity.” What’s much more likely to happen is that a crash in space would cost money, not lives. Satellites are expensive, and just like cars that are at risk of accidents, satellites have insurance.

“On the smaller spacecraft at the lower orbits, we definitely increased the premium for debris issues,” said Richard Parker, managing director of Assure Space. He said he doesn’t know of any case where the insurance industry has had to pay out a claim of a debris accident. So insurers aren’t too worried about it yet.

But Parker expects it will only be a matter of time, probably “in the next five years.” And when that happens, he thinks rates will go up pretty quickly. Unlike in car accidents, in space, it’s really hard to prove fault and get people to pay up.

“And I doubt whether the launching country is going to stand up and say, ‘Please Mr. Insurer, we’d like to repay you all the money you’ve just paid out,'” Parker said.

Satellite insurance costs between 5 and 15 percent of the satellite’s value, and satellites can be worth hundreds of millions of dollars. To prevent expensive accidents, the focus now is on tracking the debris. It’s the same principle as a morning traffic report: If you know it’s congested somewhere, you can take a different route.

Click the above image to see the full infographic.

“It will allow the U.S. Air Force to see much smaller objects, and it also has a much higher capacity,” he said. Bruce said the technology has other uses as well.

Other companies want to track space junk in space.

His company is currently raising money for the first stage of the plan. Alexander said OrionAST could potentially track millions of pieces of space junk, even the tiny bits.

Down the road, the company wants to tackle the very difficult — and very expensive —process of removing some of the debris. Alexander said it’s important to start before there are more accidents.

“It’s not so common as of right now,” he said. “However, all the trends indicate that it’s growing progressively worse. And how bad does bad need to get before we define a solution?”

Alexander and others warn if we ignore the problem, vital communication and national security infrastructure could be at risk. But, it is worth noting, businesses like his, Lockheed’s and Assure’s do have the potential to profit from that risk.

Correction: An earlier version of this story misstated Steve Bruce’s title. The text has been changed.