A couple years ago, back pain forced Dave Couture to leave his job in an accounting office in Vermont.

Money was tight. It got to the point where Couture said the best he could do was rub some gel on his teeth to numb up the pain in his mouth.

“Gums were really red and sore. Hard to chew sometimes, especially with the broken teeth in the back and stuff. I was ready to have my teeth out,” he said.

There’s little disagreement that there are too many stories out there like Couture’s, where it’s too hard for too many people to take care of their teeth.

In a report to Congress last year, the American Dental Association found that more than 181 million Americans didn’t visit a dentist and that more than 2 million people showed up in the emergency room with dental pain in 2010, double the rate from 2000.

Some people believe a solution to improve access is to create dental therapists, a provider whose responsibilities fall between a dentist and a hygienist.

This summer the agency that accredits dental schools said it would create guidelines to train this new mid-level professional.

Supporters say this could build momentum for legislation pending in more than ten states that would allow these new workers to drill, fill and extract teeth.

In theory, these therapists, who are paid much less than dentists, could grow the ranks of people who can provide comparable care.

Under a bill in Vermont, therapists must work under direct supervision of a dentist for 1,000 hours, at which point the therapist could work in schools, senior centers and elsewhere as long as a dentist maintains some oversight.

Vermont Technical College dental hygiene professor Sheila Bannister said “this is going to free the dentist up to do more complex procedures. The dental therapist is going to be doing the simplified procedures.”

Bannister said patients would still likely have to pay the same whether they saw a dentist or a therapist, but it would at least be easier to get an appointment.

It would also free up dentists to focus on the most complicated cases, the ones that bring in the most money.

“I don’t see why it couldn’t be a win-win for the dental office and the patient,” she said.

“I just don’t believe dentists see this as a solution,” said Dr. Judith Fisch, a past president of the Vermont Dental Society.

“We take pride in what we do. And we spent eight years in post-graduate education getting to that point,” said Fisch. “I think expecting that someone can be as competent in one year is offensive.”

If the country is serious about getting more people care, then the ADA says there’s a better fix: Pay dentists more to treat poor people.

One study found access for children improved in Texas, Maryland and Connecticut after the states boosted payments, cut back on Medicaid paperwork and helped match patients with dentists.

Advocates are all for that. But they point to Minnesota — the only state to license therapists — as evidence that therapists add value.

In Minnesota, which is the only state to license this new provider, Dr. John Powers has seen the number of new patients he sees every month climb.

Before he hired therapists, he saw no more than 25. He said revenue has doubled, and he’s even opened a new office.

What convinces the advocates that this policy is working is that Powers’ expansion is being driven by Medicaid patients, who now make up half his practice. It used to be 10 percent.

Powers isn’t an anomaly. A state report found a drop in wait times and more Medicaid patients getting care. Powers knows many dentists are worried, which is why he’s throwing his doors wide open.

“It’s kind of like, well, come on out and see what’s going on. We’ll share our numbers with you. It’s not a big deal. It makes sense,” he said.

Powers said therapists aren’t taking work from the dentist, but just the opposite. Business is so good, he’s planning to bring on another dentist.

Correction: A previous version of this story misspelled Judith Fisch’s name. The text has been corrected. 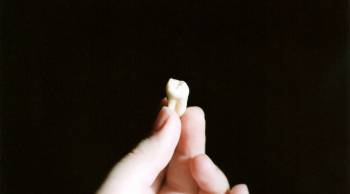