More From This Show
0:00 / 0:00
👀 Noticed fewer chips in the bag? Fewer squares in your TP? Share your "shrinkflation" stories.
Shelf Life

Is this the rise of the robots? Probably not

Is this the rise of the robots? Probably not

Pedro Domingos thinks the future is virtual. In his book “The Master Algorithm: How the Quest for the Ultimate Learning Machine Will Remake Our World,” Domingos explains that one day each person will have a virtual identity that will make decisions and transactions for them, before they even know about it. He says this will be done through the Master Algorithm, which is an all-encompassing computer algorithm that learns to model your thoughts and behaviors. When it comes to using this technology, companies like Google and Amazon are already a few steps ahead of us.

On the Master Algorithm and machine learning:

Well, the Master Algorithm is a machine-learning algorithm. And what is machine learning? [Machine learning is when] the computer is not programmed by a human anymore, it just learns by itself. [For example], Google uses it to choose what search results to give you; Amazon uses it to recommend products; Facebook and Twitter use it to choose posts.

More on the Master Algorithm:

There’s this race going on now … between these companies to model you as best they can. Right now, what happens is that Google, to simplify, has a model of you based on your searches; Amazon has one based on the products you buy; your bank has one based on your transactions. But  these models only see like a little sliver of you. You know how Sergey Brin says that Google wants to be the third half of your brain? They do. And the interesting thing is that, well, the first two halves of your brain are in your skull and the third one, you know, is on a server in Oregon somewhere. There’s pieces of your brain, essentially, in that sense, scattered all over the world right now. And I think they’re going to come together, and there will be this virtual you, this avatar, you don’t even know or care exactly where it is, but it’s doing things on your behalf all the time, interacting with other models and so forth, just as if it were you.

On practical applications of the Master Algorithm:

Say you’re looking for a date, you know, the algorithms right now are not very good, but what’s going to happen, you know, soon, there’s going to be an algorithm of you that can go on a date with somebody else’s model. And it goes on a date a thousand times with a thousand people and then finally ranks these people by how well on average those dates went. And you know, that algorithm can do your shopping for you, it can research a new car, it can haggle with the car dealers. Things you’d do if you had the time, but you don’t.

On how to keep this under our control:

You know at the end of the day, as much as companies like Google and Facebook want to be the third half of your brain, I think you want that model to be under the control of a different type of organization. I think it should be something like a data bank. You entrust your bank with your money; they’re not going to run away with it. They know that if they lose it, you know, it’s going to be bad for them…. But I think something like this is possible, and certainly better than what happens today, where this is really all essentially just happening without your control, and without you really even realizing what’s going on.

On whether this is the rise of the robots:

More and more things in the world today are being done by computers and by robots, and even more of them will be in the future. But that’s a good thing right? It’s just the progression of automation. The critical question is: Are those robots and computers under our control? And yes, I think they will stay under our control, there are a few simple things we can do to ensure that, and terminator isn’t going to happen. 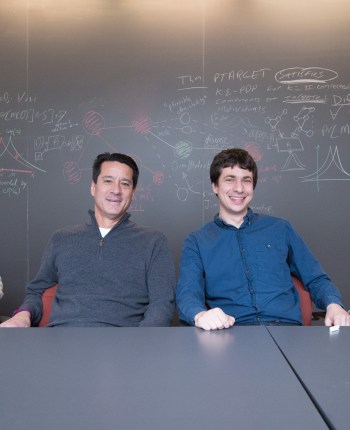