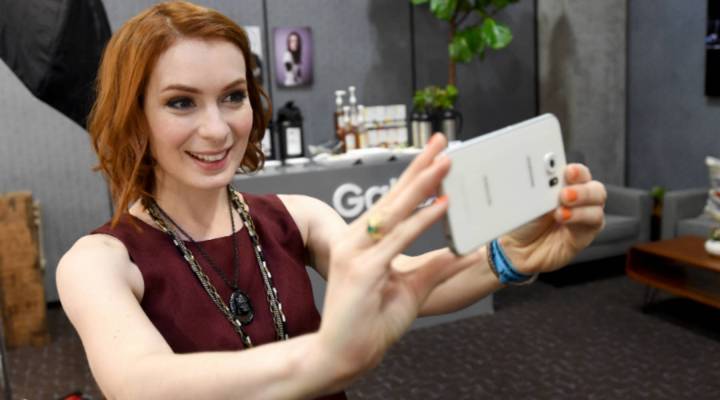 Felicia Day and the guild of geek

COPY
"I have signed on for the career of a million hats," Felicia Day says. Michael Buckner/Getty Images for Samsung
Shelf Life

Felicia Day and the guild of geek

"I have signed on for the career of a million hats," Felicia Day says. Michael Buckner/Getty Images for Samsung
Listen Now

In her memoir “You’re Never Weird on the Internet (Almost),” Felicia Day discusses her successful web series “The Guild” and how the internet has shaped her career.

Day was inspired by the “massively multiplayer online role-playing game,” World of Warcraft. She says the game is “a place where millions of people all over the world log on and play together or alone in a virtual world.” She adds the game was “very transformative for me personally, because it inspired me to start writing, and I created a show based on gamers called ‘The Guild.’”

Getting her show off the ground wasn’t so easy. Hollywood executives weren’t excited about a show about gamers.

“So I couldn’t get it made and got discouraged, and a friend of mine had been making sketches for this new online service called YouTube,” Day says. YouTube was just in its infancy when she started her web series, so the concept of starting a show online was still pretty new. “I was like OK … maybe we could cut it up into pieces and make it ourselves in our garage. And that’s really where everything started.” The web series was a hit, and it gained a large fan base.

Despite the success of all her internet endeavors, she still enjoys just regular old acting.

“It is fantastic, because I get to do just one job. I mean I have signed on for the career of a million hats, and they’re stacked a mile high … that’s kind of what’s required of you in the digital world. You can’t be a specialist, I think; you have to be very broadly talented in a way,” Day explains.

When she finally ended “The Guild” and started her own company, Geek & Sundry, the burnout she felt was significant.

“I don’t think anyone really talks about the fact that you can struggle as much with the pressures of success as you do the pressures of failure.” She acknowledges that that struggle of being successful can be a finer line to walk. Luckily, she has lots of people on the internet that keep her grounded.

“I always have a sniff test at the end of something. I try to think: ‘Is this really going to piss someone off?’ Is this arrogance? Is this hubris?’ Because the internet is the first in line to knock you off a pedestal.”

At least, Day says, “that is a constant you can always rely on.”