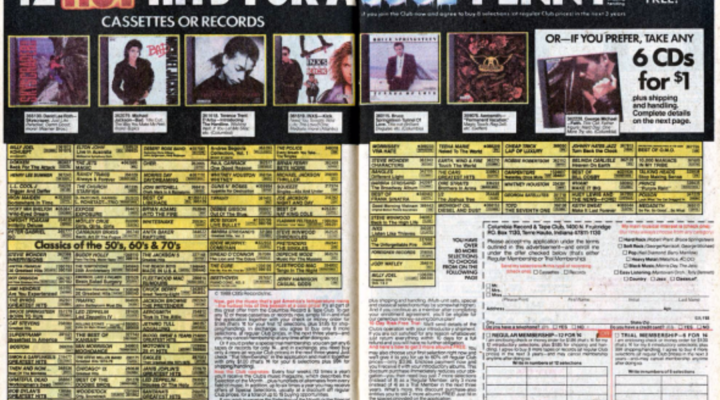 A requiem for fallen Columbia House

A requiem for fallen Columbia House

Before digital music services like Spotify, Pandora, iTunes and Napster became the dominant music distributors, you could sign up with Columbia House to receive 12 or so albums for a penny. Every additional album you wanted would be billed at an inflated price, but a difficult-to-break contract resulted in a lucrative business.

The collapse of the company inspired Soraya Nadia McDonald, writer on arts, entertainment and culture for the Washington Post, to share this story of music, adolescence and figuring out who you are.

When I read that Columbia House filed for Chapter 11 bankruptcy protection, my first reaction was, “They were still around?”

Columbia House was responsible for me cultivating my own musical tastes outside of my parents’. The first cultural artifact I could truly claim as my own came to me as a gift from my older and only sister, Carol. It was the debut cassette of a hip-hop/new jack swing group called Another Bad Creation.

When “Coolin’ at the Playground Ya Know!” came out in 1991, our father saw Red, Chris, Mark, RoRo and David in their oversize puffy coats and blanched. To him, they registered as menaces. Carol tried to explain that hip-hop was part of black culture.

My father growled back, “Not my culture!”