Big data is following you

Big data is following you

Big data is coming for us. It’s like the younger, online sibling of big brother, watching our every move. But if you’re a consumer who’s not wild about being tracked by retailers, this time, the enemy is inside the walls, or, to be more exact, your hard drive. Big data takes careful note of how many times we search for “wrinkle cream,” “acne cure” or “weight loss teas,” where you’re logging in from and on what kind of device.

Say you’re online, shopping for rain boots, searching for options on large sites like Amazon, Zappos or Target. If you pull up your Facebook feed just a few minutes later, odds are  an ad for rain boots is exactly what you’ll find there. Ads trail you on the internet thanks to cookies — tiny text files that websites deposit on your computer and use to keep track of how many times you visit a site or what you were searching for.

Collect all those cookies from you and me, and all the other users out there, add them together, and you get big data. Retailers know what you, specifically, are interested in, like rain boots. They also know what people like you are interested in — if a consumer is shopping for boots, maybe he or she will also buy an umbrella or tomato soup.

Though data may not be the sexiest topic — “it’s kind of a deal killer at cocktail parties” says Eric Siegel, author of “Predictive Analytics: The Power to Predict Who Will Click, Buy, Lie, or Die” — data about us can be powerful.

Big data can even figure out when we are going to die, Siegel says. “Anybody can go to death-clock.org and see your expected exact date of departure,” he says.

And how likely you are to buy that pair of rain boots. But if big data is so smart, then why is it, so, well, stupid? Why do are we shown ads for the same things, over and over again,   often for products we’ve already bought? Even Facebook agrees retargeting ads, the name for ads that chase us around the internet, is not always a hot strategy for advertising.

“I would agree and you would agree that that’s not a great experience for you as a person — it’s just frankly annoying,” says Brian Boland, vice president of advertising technology for Facebook.

To remedy the problem, Facebook made a change in the fall. Boland says ads on Facebook now come with a drop-down menu built in with choices like “I don’t want to see this.”

“That tells us to stop showing you that product and to stop reminding you of the thing that you may be wearing on your feet today,” he says.

But why does Facebook need to hear directly from the consumer? For one thing, Siegel says, big data is not a crystal ball. Data don’t have a brain. Instead, what matters is how intelligently retailers use it. And most of the time, it seems, they’re still figuring out that.

“You can think of big data as sort of a class of 15 year olds. Some of them are super mature prodigies, and they’re doing extraordinarily well,” he says. “The rest of them are your standard 15 year olds who have so much potential, but they’re rough around the edges, so they may be doing things pretty effectively in order to get the grade, or in the case of online marketing in order to improve profit, potentially drastically. But it’s still kind of clumsy, kind of embarrassing, it’s kind of shameless.”

Like when advertisers use data to bombard you with ads for things you’ve already searched for and even already bought.

“If you’ve been to any website and thought about doing anything, you’ve probably been chased around for a number of days with impressions [ads] from all over the place,” says Nick Stoltz, senior vice president of strategy at MarketShare, a marketing and analytics company.

One reason we see all these repeat ads, says Stoltz, is because when you buy something from Company A., Company B doesn’t know about it. So it keeps showing you ads, because after all, it wants your business. Another reason, notes Stoltz, is they’re cheap.

“They cost fractions of cents to serve thousands of these things,” he says. “So you can see why they’re so popular.”

Finally, says Stoltz, advertising campaigns cost money. So companies want to know if their campaigns are worth the cost. But that can be hard to suss out. Was it an ad in a print magazine that persuaded a consumer to buy? A commercial on TV? The ad in their Facebook feed? Even though they know it’s a faulty practice, Stoltz says marketers are very likely to give credit for a sale to the last part of an ad campaign that a consumer clicked on — often a retargeted ad.

But imagine the web without big data. To prove a point, Stoltz opens the webpage for high-end retail site Gilt.com. An ad for Spanx — maker of women’s undergarments — pops up.

For retailers, the options often are a) showering consumers in random ads for things they may have no interest in, or b) sending us too many ads for things we may have already bought. Most of the time, retailers go with choice b, and Siegel says they do that because they’re cheap and so just enough of the time, companies will make a profit. 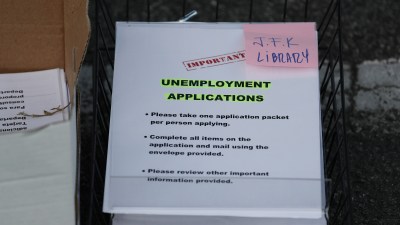 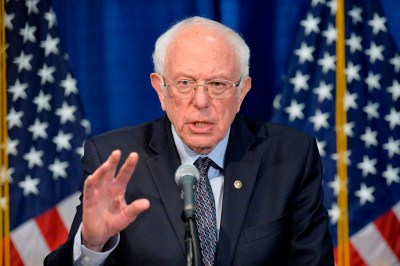