Ann Carrns splurges on her own American Girls

Ann Carrns splurges on her own American Girls

After I spent a weekend packing away toys that my children had outgrown, Elizabeth, Felicity, Julie, Kaya, Kirsten and Kit were nestled safely in plastic bins.

If you don’t recognize those names, you probably don’t have a young daughter or granddaughter — or at least not one who plays with dolls. They are all American Girl poppets, and the six of them — plus others like the Bitty Twins, the brand’s dolls for younger girls — consumed an inordinate amount of my family’s toy budget over the past decade.

Actually, “budget” is a bit of a fib, implying that there was some sort of rational limit to what I’d spend on American Girl items. I’d conservatively estimate that the dolls in those containers, and their outfits, furniture, “pets,” hair brushes, books and accessories, are worth $2,500.

That’s a sum larger than our monthly mortgage payment. It’s more than a year of tuition at some community colleges. And that doesn’t include related spending, like hairstyling visits to the doll salon at the American Girl store.

In my defense, the money wasn’t spent in a lump sum on one child, but on two girls, over seven years or so. Santa might bring a doll for Christmas; then Mommy and Daddy would follow up, with a gift of clothing or a related item on the next birthday.

Still, $2,500 is a lot of money. How did that happen? I wanted to delight my girls, yes. I had them relatively late in life, and my parents died before they could do much fussing over their granddaughters. But, as my perceptive husband noted, the dolls were as much about me and my own childhood experience. “You’re the one who wants this stuff,” he observed.

Indeed, I did. When I was a little girl in the 1960s, I would await, with exquisite anticipation, the arrival of the holiday catalog from F.A.O. Schwarz. Leafing through its pages was magical — picture after picture of wonderful toys, with detailed descriptions. One year, I was captivated by a doll named Elise, who had a trunk full of clothes. (Elise was introduced by the renowned Madame Alexander Doll Company in the late 1950s and came in different versions throughout the 1960s into the 1980s, according to the very helpful Pat Burns, a collector who edits the Madame Alexander Doll Club’s magazine.)

Then, on a window-shopping excursion to the F.A.O. store in Boston, I spied Elise and her trunk, posed majestically on a shelf. So close, yet so far!

Elise went on my Christmas list. Then she went on my birthday list — repeatedly, I recall. But, alas, she never arrived as a gift.

Why not? My parents aren’t around to ask, so I can’t say for sure. Perhaps my mother intuited that if I actually had Elise, our F.A.O. outings wouldn’t be so special. Maybe she worried that, as the only girl in my family, I was becoming spoiled; she had grown up poor, while I had toys aplenty and numerous doting relatives. (One night, when I was inconsolable after forgetting my baby doll outside, a platoon of aunts and uncles scoured the neighborhood with flashlights to find her.)

Most likely, Elise was simply too expensive. A collectors book indicates Elise and her trunk of couture (“Elise Takes a Trip”) sold for $65 in 1969. That’s more than 400 inflation-adjusted dollars today — probably beyond the means of my insurance salesman dad and registered nurse mom, especially if they had to spend comparable sums on my two brothers to keep things fair.

Still, I recall that crushing feeling of realizing that you are really, truly not getting something that you so desperately desire. So when my girls began poring over American Girl catalogs, I was ready to splurge. I liked that the dolls offered a veneer of history and had back stories. As a journalist, I had a soft spot for Kit Kittredge, Girl Reporter. We had fun picking doll get-ups that reflected the girls’ interests, like soccer and basketball uniforms.

Yes, several dolls per child was excessive. But even I had limits: A holiday sleigh ($159) and Julie’s Volkswagen Super Beetle ($350), which my girls coveted at one point, seemed over the top.

I wasn’t as extravagant with other things. I have said no, for instance, to Ugg boots, even if the girls wanted to pay with their own money, because they would quickly be outgrown. And when they were old enough to understand how much the doll attire cost, I had them pay for part of the ensembles with their allowance, if it was a non-birthday purchase. (I don’t recall my parents suggesting that.) That tempered their enthusiasm — along with the inevitable process of growing up, and a budding interest in cellphones. My youngest bought her last American Girl outfit when she was 10; she played off and on with the dolls and their horses for about another year. I consider a half-dozen years or so of use a good deal for the money. And maybe their own girls will play with them someday.

Last fall, when the catalog arrived, the girls, now 13 and 11, ignored it. I gazed wistfully at the Pretty City horse carriage ($275, jingle bells included) before tossing the glossy volume in the recycling bin. 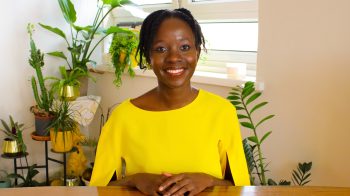 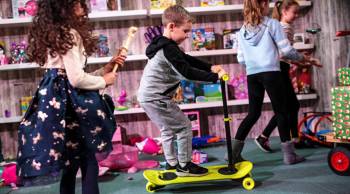