The age Rep. Aaron Schock was elected to the Peoria school board, shortly after graduating. He would become board president at 22 and eventually represent Peoria’s district as one of the youngest lawmakers on Capitol Hill. Schock resigned Tuesday amid a spending probe, and the Washington Post has traced the congressman’s rapid rise and the never-too-big attitude that may have been his undoing.

The gap between when students were alerted to a shooting at Florida State University via Yik Yak and when the school’s emergency notification came through. The app, popular on college campuses, is part of a theme the Marketplace Tech team has seen running through SXSW Interactive this year: Users want more than just data privacy, they value anonymity too.

Speaking of privacy, that’s the most common password among 15 million put online by a security analyst and Russian hackers, according to a WP Engine analysis reported by Quartz. That seems obvious, but interestingly that pattern of keystrokes is also the most common, accounting for passwords like “qwerty,” “asdfgh” and any other combination of six adjacent keys to the right. Here are the other most common combinations: 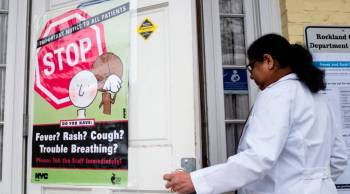 Some nurses are pushing for mandatory patient ratios. Do they work?