A day in the life of a data mined kid

A day in the life of a data mined kid

Education, like pretty much everything else in our lives these days, is driven by data.

Our childrens’ data. A whole lot of it.

Nearly everything they do at school can be — and often is — recorded and tracked, and parents don’t always know what information is being collected, where it’s going, or how it’s being used.

The story begins at the bus stop.

Your child swipes his ID card and climbs on the bus. The card may contain an RFID or  radio frequency identification chip, which lets the school know when he gets on and off the bus. In some school districts, parents will get text alerts, letting them know their child arrived safely to school. The bus technology is presented as a way to keep children safer.

“The data collection begins even before he steps into the school,” says Khaliah Barnes, director of the Student Privacy Project at the Electronic Privacy Information Center.

And, says Barnes, in some schools it just keeps on going. RFID chips let schools track kids on school grounds. Administrators could know if a child leaves the building, or if he visits the school counselor.

“The issue is that this reveals specifically sensitive information,” says Barnes.

Location information is just one small part of a child’s data file.

In the classroom, teachers gather data on routine things like attendance, tardiness, test scores and grades. The kinds of records that used to be kept on paper.

In most states, the data are fed into a giant database, known as a “statewide longitudinal data system.” Different states collect different elements of personal student data. (You can look up your state here.)

In the last decade, the federal government has handed states more than $600 million to help them create these databases. The idea, says Stephen Balkam, head of the Family Online Safety Institute, is that “if we could keep track of our kids from kindergarten to 12th grade we’d have a much greater handle on what’s working, what’s not working, what needs to be added to the curriculum.”

The government isn’t the only one trying to figure out what’s working by investing in and gobbling up data about your kid.

Sales of educational technology software for kids in kindergarten through high school reached nearly $8 billion last year, according to the Software and Information Industry Association.

One of the biggest players is the field is Knewton. It analyzes student data that it collects by keeping track of nearly every click and keystroke your child makes during digital lessons.

Jose Ferreira is Knewton’s CEO.  In a video posted by the Department of Education, he says “We literally know everything about what you know and how you learn best, everything.”

Knewton claims to gather millions of data points on millions of children each day. Ferreira calls education “the world’s most data-mineable industry by far.”

“We have five orders of magnitude more data about you than Google has,” he says in the video.  “We literally have more data about our students than any company has about anybody else about anything, and it’s not even close.”

Five orders of magnitude more data than Google is a whole lot of data.

The promise is that all that data can be used to tailor lessons to individual kids, to their strengths and weaknesses. They will become better learners, and that will lead to higher grades and better graduation rates.

If the right breakfast makes for a better behaved child, that will be measured, too.

Teachers are increasingly relying on behavior monitoring software not only to keep kids on track, but to track them, too.

With the help of an iPad, the teacher record’s whether or not your child is being helpful and attentive or talking out of turn. The child is rewarded, often with points, for good behavior. Points are taken away when behavior is not so good.

All this data is stored online. Parents can check it daily. It can be turned into reports for teachers and administrators.

“We live in a 24/7 data mining universe today,” says Jim Steyer, CEO of Common Sense Media.  “And I think most of us parents and teachers and kids don’t realize how much of our data is out there and used by other people.”

Steyer is also a parent. He says what worries him most is that “information that’s very personal to me and my family, for example my kids disciplinary record or health record or something like that, is made available to somebody who it’s no business to have that.”

There are federal laws in place that limit what type of information can be gathered on kids and how educational records can be shared. But many of these laws were written for an age of paper records.

There are also privacy issues with third-party educational apps, often brought into the classroom by teachers. Those apps may have weak privacy policies, or, in some cases, none at all.

Experts say the growth of technology in schools is happening faster than we can keep up with it.

At lunch, a child may use her ID to pay for her mini-cheeseburgers. When she does, her allergies and account balance may be displayed. It’s possible that her family’s financial information will also be linked in the software to her name and ID number.

Cafeteria software might also track exactly what she eats and whether she picks up chocolate or regular milk. In some schools, vending-machine purchases are recorded. Parents can log in at the end of the day and get a list of it all.

Should that child get in trouble, the principal may rely on discipline software to dole out her punishment. Some software advertises that it can save time by automating discipline consequences.

In gym class, some kids strap on heart-rate monitors, which record how hard they are working out. Some schools project this data up on the wall. Others base student P.E. grades on heart-rate measurements.

Other kids are asked to wear Fitbit-style wrist bands that record their activities at school, on the playground and at home — where the data grab continues.

Many schools have installed tracking technology on school-owned computers as a security measure. The technology allows schools to see where a kid is logging in from, via an IP address.

“At the beginning you would think there is no risk, that this is completely benign,” says Cameron Evans, chief technology officer for Microsoft Education.

But, if you start combining that data with other data sets, like addresses and phone numbers, you start getting into trickier territory. Especially if the tracking data doesn’t match the data on record.

Imagine, says Evans that “over a period of time the IP address where that computer connects to the Internet is not where near the address on file for them. In fact, it’s not even in the same school district.”

A school could investigate. And maybe find out the child doesn’t live in the district or that the reason he’s going to another part of town is because his parents have divorced. That may be enough to have that child labeled as  “at risk.”

It’s a label, says Evans, that could follow a kid through school.

“In the past, (schools) would have never had this data, but now that it’s electronic, we can correlate data in a way that we never ever had the opportunity to do before.”

The larger concern, he says, is that connecting all those dots can create a profile of a student that can follow him from kindergarten through college. Maybe even into the workforce.

It’s the prospect of that permanent data trail, say privacy advocates, that makes it so important that schools, teachers and parent wrestle with student data issues now. 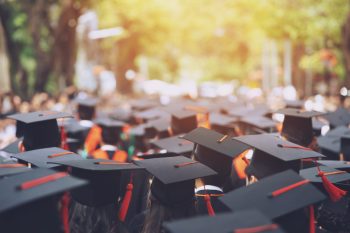 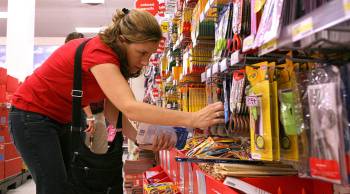