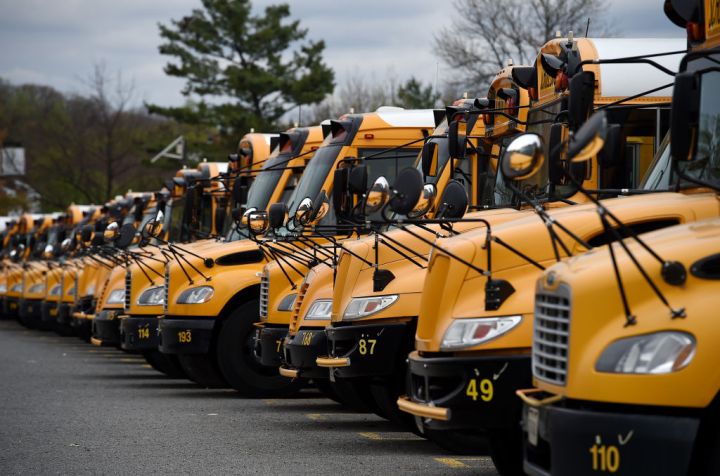 As if there hasn’t been enough for parents to worry about these past 18 months, here’s something else they can stress about: Where the heck is the school bus to pick up my kid?

A nationwide shortage of bus drivers is causing major headaches for students, parents and principals.

Two nights before her daughter’s first day of seventh grade after more than a year of remote learning, Bailey Sanz got an unexpected email from Belding Elementary School in Chicago.

“Due to the bus driver shortage, your child might not be on the bus system,” Sanz said.

Not a great situation, considering Sanz has a job and a 10-month-old.

“Just … almost comical if it wasn’t so annoying,” Sanz said.

So where did all the bus drivers go?

First, would you want to be a school bus driver right now?

“The biggest calls we get during schools are, ‘I have a kid refusing to wear a mask. What do I do?'” said Cordiello.

Cordiello said health concerns are pushing many of his members to retire.

Some former school bus drivers are now making sure you get the school supplies you ordered on Amazon Prime. Lynette Washington at Baltimore City Public Schools estimates 30% of bus drivers have left since the pandemic hit.

“It’s now a challenge to get bus drivers to come back. Those industries are paying more, a lot more, than what we pay,” Washington said.

So instead, the school district is paying parents — $250 a month if they drive their kids to school. Which Washington acknowledges isn’t an option for every family.

“Families that are special-needs families, homeless families,” she said.

Still, she said, about 300 families have signed up so far.