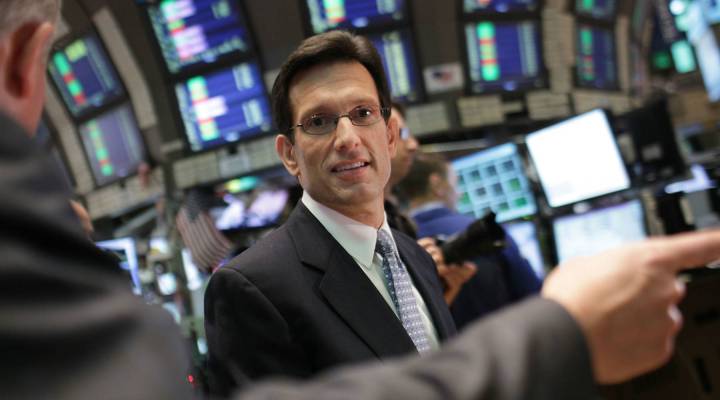 What a House majority leader brings to banking

What a House majority leader brings to banking

Former House majority leader Eric Cantor will join Moelis and Co. as vice chairman and managing director. Though he lacks experience working on Wall Street, Cantor is still a prize hire for the firm, which donated to his campaigns when he was a candidate for office.

Moelis wasn’t one of Cantor’s bigger donors, but “he was clearly in their sights,” said Sheila Krumholz, executive director of the Center for Responsive Politics. “He was important to them and, of course, they are now important to him.”

Cantor will open the firm’s Washington, D.C. office, which, says Jeff Berry, a professor of political science at Tufts University, is an indication of exactly why Cantor is so valuable.

Cantor will start at a salary of $400,000 a year, and will get bonuses and stock options worth around $3 million more.

Moelis, which frequently advises on mergers and acquisitions, said in a statement that Cantor was hired to “play a leading role in client development and advise clients on strategic matters.”

Dennis Kelleher, the president and CEO of Better Markets, a nonprofit that promotes the public interest in finance, says Cantor’s resume would indicate that mergers and acquisitions are probably not his area of expertise.

“One could argue, it seems to me, that he wouldn’t even be qualified to be an intern at most of the firms on Wall Street,” Kelleher said.