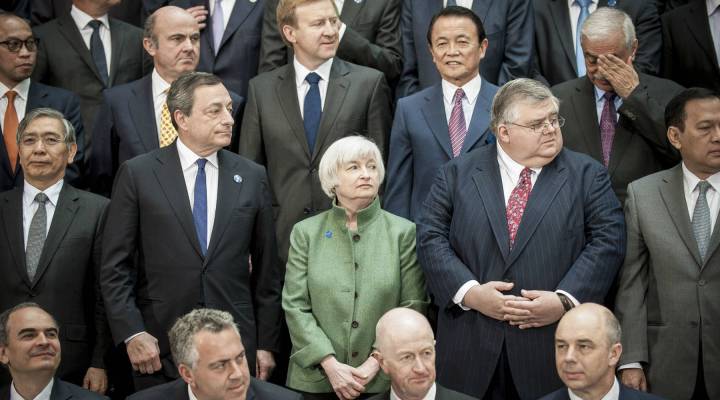 How the Fed became a Central Superbank

How the Fed became a Central Superbank

On Thursday, central bankers from around the world will converge on Jackson Hole, Wyoming for the annual Economic Policy Symposium. At issue this year is whether the central banks in this country and elsewhere should continue with aggressive action, or take their feet off of the gas.

It’ll be something of an existential discussion about the role of central banks, which changed a lot during the recession. The Federal Reserve is the most radical example; going from, you might say, a mild-mannered Clark Kent to an ultra-proactive SuperFed.

“Its job was fairly narrowly defined to focus on inflation,” says Edwin Truman, Senior Fellow at the Peterson Institute for International Economics. “But in the crisis, they ended up using tools that had not been used since the 1930s – and inventing a whole bunch of new tools.”

Tools like quantitative easing, wherein the Fed started pumping $85 billion into the economy every month.

“I do think that the bank is fundamentally changed,” says economist Jared Bernstein, former member of President Barack Obama’s economic team and Senior Fellow at the Center on Budget and Policy Priorities. Bernstein says the central bank went from reactive to proactive.

He says it’s now looking like it will get even more proactive under Federal Reserve Chief Janet Yellen, even stepping into an oversight role. “When chair Janet Yellen says, ‘I don’t think the Fed has the luxury of ignoring bubbles in financial markets,’ that’s different than either of her last two predecessors,” says Bernstein.

Even if Yellen wanted to retire the red cape, she’d find it hard, says Truman.

“You’re not going to put the genie back in the bottle… It creates what the economists call a moral hazard. If things get in trouble, the Federal Reserve will ride to the rescue.”

Truman says now that the central bank has flexed its monetary muscles to save the U.S. economy and maybe even the world, no one will ever look at the mild-mannered Fed the same way again.