Tony Fadell is the founder and CEO of Nest, the company seeking to reinvent household techonolgy. The big idea… is an energy-saving, smart thermostat.

Fadell, a veteran of Apple., founded Nest Labs in 2010, which was acquired by Google earlier this year for $3.2 billion.

There are plenty of ideas floating around in Fadell’s head, but here are four that came up in his interview with Kai Ryssdal:

Idea: We give too much power to one little switch.

There are about 250,000,000 U.S. thermostats operating in residential and light commercial buildings. The industry standard, Honeywell thermostat, has been around since 1953.

“When we look at the data,” Fadell said, “less than 10 percent of those were ever programmed to save any energy.”

Fadell said he was taken aback by how much power we give to the little on-and-off switches on the thermostats common in most homes: “[They’re] controlling what amounts to be 50-to-60 percent of your total energy consumption for a year.. . That’s really where the genesis of this whole idea started.”

“If you want to change people’s behaviors or the way they think about something, you have to change the exterior,” he says. “If you look at…thermostats on the wall today, they’re ignored. People don’t want to program them, people don’t really use them.”

Fadell said Nest wanted to make sure the thermostats they were creating were eye-catching and engaging.

Their plan? Get customers “intrigued — that’s how you grab them — through something that looks great, and then, ultimately, works great.”

Fadell feels like it will take for him ten years to consider Nest (Nest Labs) profitable. And they have plenty of things to work on: Nest not only has the thermostat, but smoke and carbon monoxide detectors. The company also they just closed their acquisition of Dropcam.

“We could be profitable if we wanted to stop, but we have very, very big ambitions. This is a ten year kind of investment that we’re making.”

Idea: The disruption-innovation era isn’t over yet.

In response to the idea that innovation and disruption are overrated, Fadell said that’s simply not true.

Fadell said one innovation or disruption has the ability to unseat a market leader overnight – think Sony, Nokia and Blackberry.

“Look where Sony used to be just 15 years ago,” he said. “These kinds of disrutptive techologies allow us to create all kinds of new businesses and new services. Look at Uber.”

He said these kinds of disruptions are innovations that are packaged well enough for consumers to understand and embrace.

“I think we’re only going to see more of these types of changes coming, not less and less.” 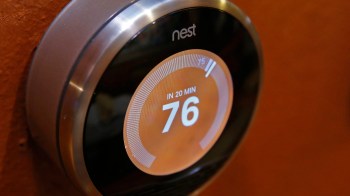 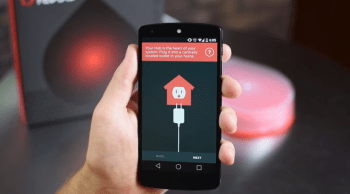 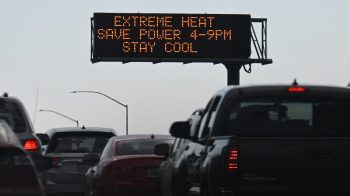 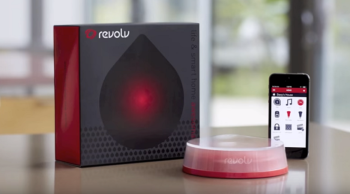